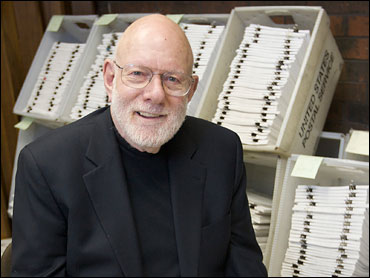 Two drugmakers spent hundreds of millions of dollars last year to raise awareness of a murky illness, helping boost sales of pills recently approved as treatments and drowning out unresolved questions - including whether it's a real disease at all.

Key components of the industry-funded buzz over the pain-and-fatigue ailment fibromyalgia are grants - more than $6 million donated by drugmakers Eli Lilly and Pfizer in the first three quarters of 2008 - to nonprofit groups for medical conferences and educational campaigns, an Associated Press analysis found.

That's more than they gave for more accepted ailments such as diabetes and Alzheimer's. Among grants tied to specific diseases, fibromyalgia ranked third for each company, behind only cancer and AIDS for Pfizer and cancer and depression for Lilly.

Fibromyalgia draws skepticism for several reasons. The cause is unknown. There are no tests to confirm a diagnosis. Many patients also fit the criteria for chronic fatigue syndrome and other pain ailments.

Experts don't doubt the patients are in pain. They differ on what to call it and how to treat it.

Many doctors and patients say the drugmakers are educating the medical establishment about a misunderstood illness, much as they did with depression in the 1980s. Those with fibromyalgia have often had to fight perceptions that they are hypochondriacs, or even faking their pain.

But critics say the companies are hyping fibromyalgia along with their treatments, and that the grantmaking is a textbook example of how drugmakers unduly influence doctors and patients.

"I think the purpose of most pharmaceutical company efforts is to do a little disease-mongering and to have people use their drugs," said Dr. Frederick Wolfe, who was lead author of the guidelines defining fibromyalgia in 1990 but has since become one of its leading skeptics.

Drugmakers respond to skepticism by pointing out that fibromyalgia is recognized by medical societies, including the American College of Rheumatology.

"I think what we're seeing here is just the evolution of greater awareness about a condition that has generally been neglected or poorly managed," said Steve Romano, a Pfizer vice president who oversees its neuroscience division. "And it's mainly being facilitated by the fact the FDA has now approved effective compounds."

The FDA approved the drugs because they've been shown to reduce pain in fibromyalgia patients, though it's not clear how. Some patients say the drugs can help, but the side effects include nausea, weight gain and drowsiness.

Helen Arellanes of Los Angeles was diagnosed with fibromyalgia in September 2007 and later left her job to go on disability. She takes five medications for pain, including Lyrica and Cymbalta.

"I call it my fibromyalgia fog, because I'm so medicated I go through the day feeling like I'm not really there," Arellanes said. "But if for some reason I miss a dose of medication, I'm in so much pain."

A single mother of three, Arellanes sometimes struggles to afford all her medications. She said she is grateful that a local Pfizer sales representative occasionally gives her free samples of Lyrica "to carry me through the month."

But some say the grants' influence goes much further than dollar figures suggest. Such efforts steer attention to diseases, influencing patients and doctors and making diagnosis more frequent, they say.

"The underlying purpose here is really marketing, and they do that by sponsoring symposia and hiring physicians to give lectures and prepare materials," said Wolfe, who directs the National Data Bank for Rheumatic Diseases in Wichita, Kan.

Many of the grants go to educational programs for doctors that feature seminars on the latest treatments and discoveries.

Pfizer says it has no control over which experts are invited to the conferences it sponsors. Skeptics such as Wolfe are occasionally asked to attend.

The drug industry's grants also help fill out the budgets of nonprofit disease advocacy groups, which pay for educational programs and patient outreach and also fund some research.

"If we have a situation where we don't have that funding, medical education is going to come to a screeching halt, and it will impact the kind of care that patients will get," said Lynne Matallana, president of the National Fibromyalgia Association.

Matallana founded the group in 1997 after she was diagnosed with fibromyalgia. A former advertising executive, Matallana said she visited 37 doctors before learning there was a name for the crushing pain she felt all over her body.

A decade later, her patient advocacy group is a $1.5 million-a-year operation that has successfully lobbied Congress for more research funding for fibromyalgia. Forty percent of the group's budget comes from corporate donations, such as the funds distributed by Pfizer and Eli Lilly.

Pfizer gave $2.2 million and Lilly gave $3.9 million in grants and donations related to fibromyalgia in the first three quarters of last year, the AP found. Those funds represented 4 percent of Pfizer's giving and about 9 percent of Eli Lilly's.

Eli Lilly, Pfizer and a handful of other companies began disclosing their grants only in the past two years, after coming under scrutiny from federal lawmakers.

The message in company TV commercials is clear. "Fibromyalgia is real," proclaimed one Lyrica ad. Researchers who've studied the condition for decades say it's not that simple.

Since the 1970s, Wolfe and a small group of specialists have debated the condition in the pages of medical journals. Depending on whom you ask, it is a disease, a syndrome, a set of symptoms or a behavior disorder.

The American College of Rheumatology estimates that between 6 million and 12 million people in the U.S. have fibromyalgia, more than 80 percent of them women. It's not clear how many cases are actually diagnosed, but Dr. Daniel Clauw of the University of Michigan said pharmaceutical industry market research shows roughly half are undiagnosed. People with fibromyalgia experience widespread muscle pain and other symptoms including fatigue, headache and depression.

"Doctors need labels and patients need labels," said Goldenberg, a professor of medicine at Tufts University. "In general, it's just more satisfying to tell people, 'You have X,' rather than, 'You have pain."'

While Goldenberg continues to diagnose patients with fibromyalgia, some of his colleagues have stopped, saying the condition is a catchall covering a range of symptoms.

Dr. Nortin Hadler says telling people they have fibromyalgia can actually doom them to a life of suffering by reinforcing the idea that they have an incurable disease.

"It's been shown that if you are diagnosed with fibromyalgia, your chances for returning to a level of well-being that satisfies you are pretty dismal," said Hadler, a professor at the University of North Carolina, who has occasionally advised health insurers on how to deal with fibromyalgia.

Hadler said people labeled with fibromyalgia are indeed suffering, not from a medical disease but from a psychological condition. Instead of drugs, patients should receive therapy to help them "unlearn" their predicament, he said.

Research by the University of Michigan's Clauw suggests people with fibromyalgia experience pain differently because of abnormalities in their nervous system. Brain scans show unusual activity when the patients experience even minor pain, though there is no abnormality common to all.

Clauw's work, however, illustrates the knotty issues of drug company funding. He has done paid consulting work for the drugmakers, and he's received research funding from the National Fibromyalgia Research Association, which receives money from the drugmakers.

While Clauw acknowledges that Lyrica and Cymbalta do not work for everyone, he has little patience for experts who spend more time parsing definitions than helping patients.

"At the end of the day I don't care how you categorize this - it's a legitimate condition and these people are suffering," Clauw said.