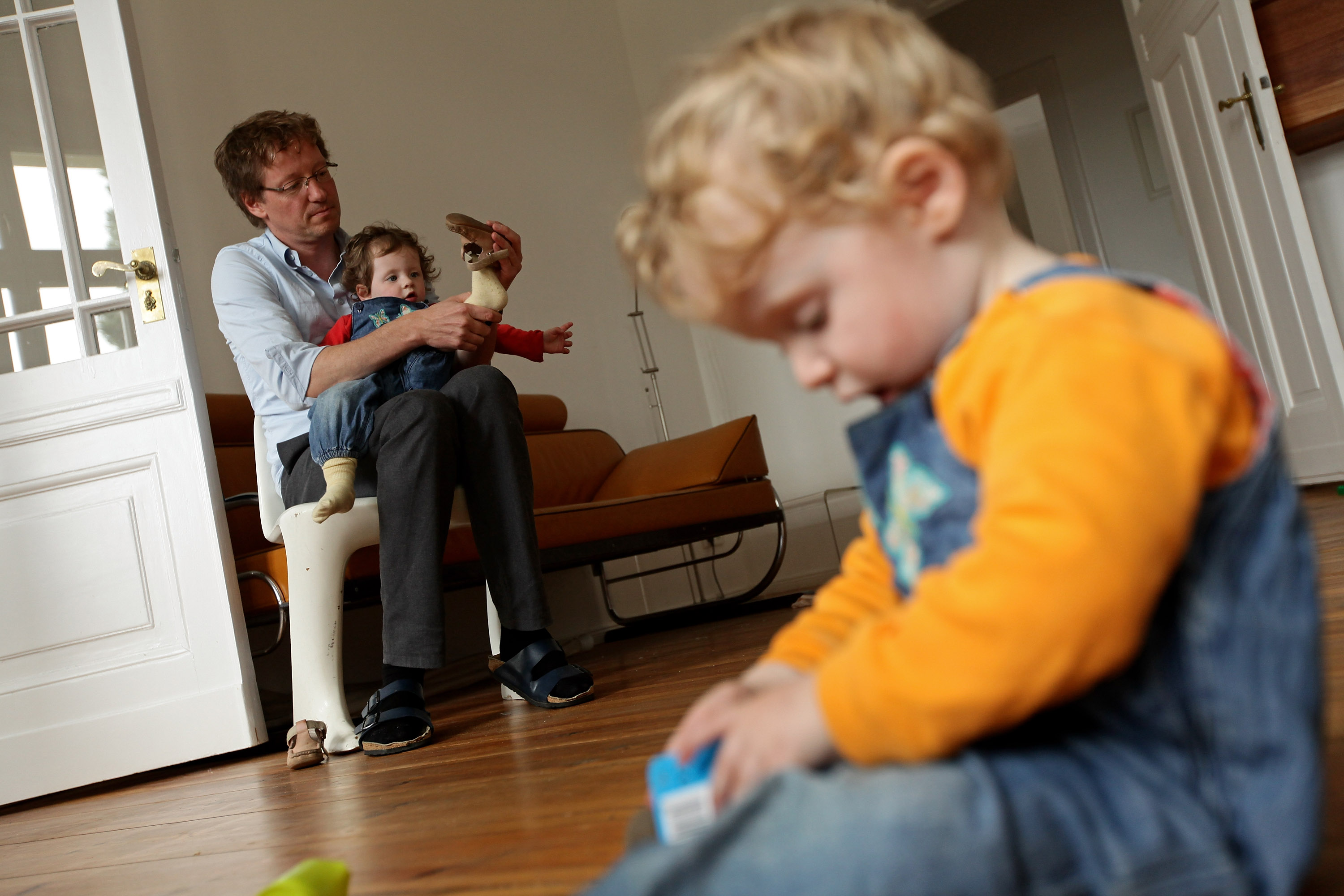 NEW YORK -- The number of U.S. fathers home with their kids full-time is down, from a peak 2.2 million in 2010, the official end of the recession, to about 2 million in 2012, according to a report released Thursday by the Pew Research Center.

The slight decrease in their ranks from 2010 to 2012 was driven chiefly by employment gains since the recession eased, the report said, defining stay-at-home fathers as those not employed for pay at all in the prior year and living with children 17 or younger.

The largest share of at-home dads, 35 percent, said they were home due to illness or disability. Roughly 23 percent said it was mainly because they couldn't find a job, and 21 percent said it was specifically to care for home or family, the researchers noted, relying on census and other government data.

By contrast, 1.1 million men were at-home dads in 1989, the earliest year reliable government figures are available for the sector.

Gretchen Livingston, a senior researcher who worked on the report, said fathers comprised 16 percent of parents at home full time in 2012, up from 10 percent in 1989.

The 21 percent who cited caring for home and children as the specific reason for being out of the for-pay work force was up from 5 percent in 1989 and 18 percent in 2007, the start of the recession, Livingston said.

While unemployment is a factor overall, Livingston said Wednesday in a telephone interview from Washington, D.C., that the "continuing convergence of gender roles" between moms and dads is key.

But Livingston warned that affluent, highly educated dads at home to raise children remain a subset.

"It's important to note that a lot of these dads are actually not doing that well economically and they tend to have lower income levels, too," she said.

And despite a greater acceptance of dads staying home to raise kids, other Pew research shows 51 percent of the public believes kids are better off when the mother stays home, compared to 8 percent that cited dads.

"There clearly has been a lot of gender convergence in recent decades, but then at the same time, you know, some things haven't changed as far as people's perceptions of the roles," Livingston said.

Mike Brandfon, 48, of Chicago falls into the laid-off category. He lost his job at a mid-size public relations company in December 2009, at a period when he and his wife had been thinking about having kids.

"I was looking for jobs but we just happened to get pregnant with twins at the right time, as far as me being able to stay home with them since I couldn't find a job," he said.

After the girls were born in October 2010 and his spouse's four-month maternity leave ended, her marketing job allowed them to just make ends meet.

"It was quite a shock, to say the least," he said of remaining out of the for-pay work force. "You don't think about it in that sense when you're going through it. You just try to get through each day and each moment."

Brandfon joined a dads' group for park outings with the kids and the occasional night out for a beer. Once the girls were nearly 3 years old, he began looking for work again and landed a job last September as media director for Web2carz.com, an online-only auto and lifestyles magazine.

In the end, he was thrilled with his time home as primary caregiver.

"I couldn't get those years back," he said. "Looking back, it was amazing, seeing these little things develop into real people."

Matt Schneider, a stay-at-home father who co-founded NYC Dads Group, told CBSNews.com last year that while many at-home fathers admit they had a tough time leaving the workforce, many were eager to make the transition.

"It's not just about being a paycheck anymore. You're also measured by how much time you're able to spend with your kids and how much you're able to do with your family," he said. "Dads are not coming home kicking back with a scotch and a newspaper, watching a partner cook and clean and handle all the stuff related to school."