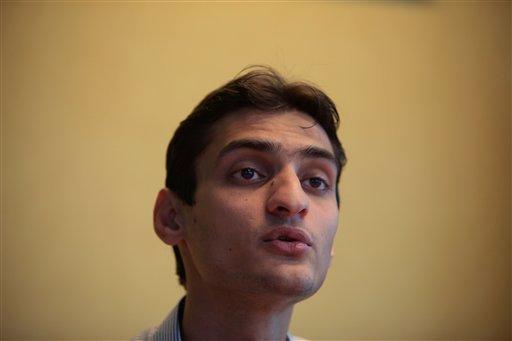 "Festivus for the rest of us" has arrived.

Every year on December 23 since 1997, "Seinfeld" fans and general humorists have gather around an unadorned aluminum pole; aired their grievances by telling others how they disappointed them in the last 12 months; eaten a meatloaf meal with no alcohol; and performed feats of strength by attempting to pin the head of the household.

What began as a lark by a character on the popular 1990s sitcom has now taken root in the real world, to what extent and for how long into the future exactly is still anyone's guess.

The origins of the Festivus celebration can be dated back to the Seinfeld episode titled "The Strike," when actor Jerry Stiller's character Frank Costanza talked about how his refusal to conform to the increased commercialism and consumerism that saturate the Christmas season gave him an idea.

During a routine outing to buy a Christmas gift for his son George, Frank realized that there should be a new holiday:

Frank Costanza: Many Christmases ago, I went to buy a doll for my son. I reached for the last one they had, but so did another man. As I rained blows upon him, I realized there had to be another way.

Kramer: What happened to the doll?

Frank Costanza: It was destroyed. But out of that a new holiday was born … a Festivus for the rest of us!

Kramer: That must've been some kind of doll.

Frank Costanza: She was.

According to the Festivusweb, the Festivus idea originally came to Seinfeld writer Dan O'Keefe from a tradition started by his father, Daniel O'Keefe.

The elder O'Keefe had discovered the Festivus holiday in a book, published in 1966, that outlined obscure holidays. The book described many of the features later included in the Seinfeld episode. He was also inspired inspired by the Samuel Beckett play Krapp's Last Tape, whose protagonist tapes himself speaking at different times in his life.

There are dozens of websites and groups devoted to celebrating Festivus. Those interested can buy pre-made Festivus poles, get a how-to guide on celebrating, and meet like-minded Festivus enthusiasts.