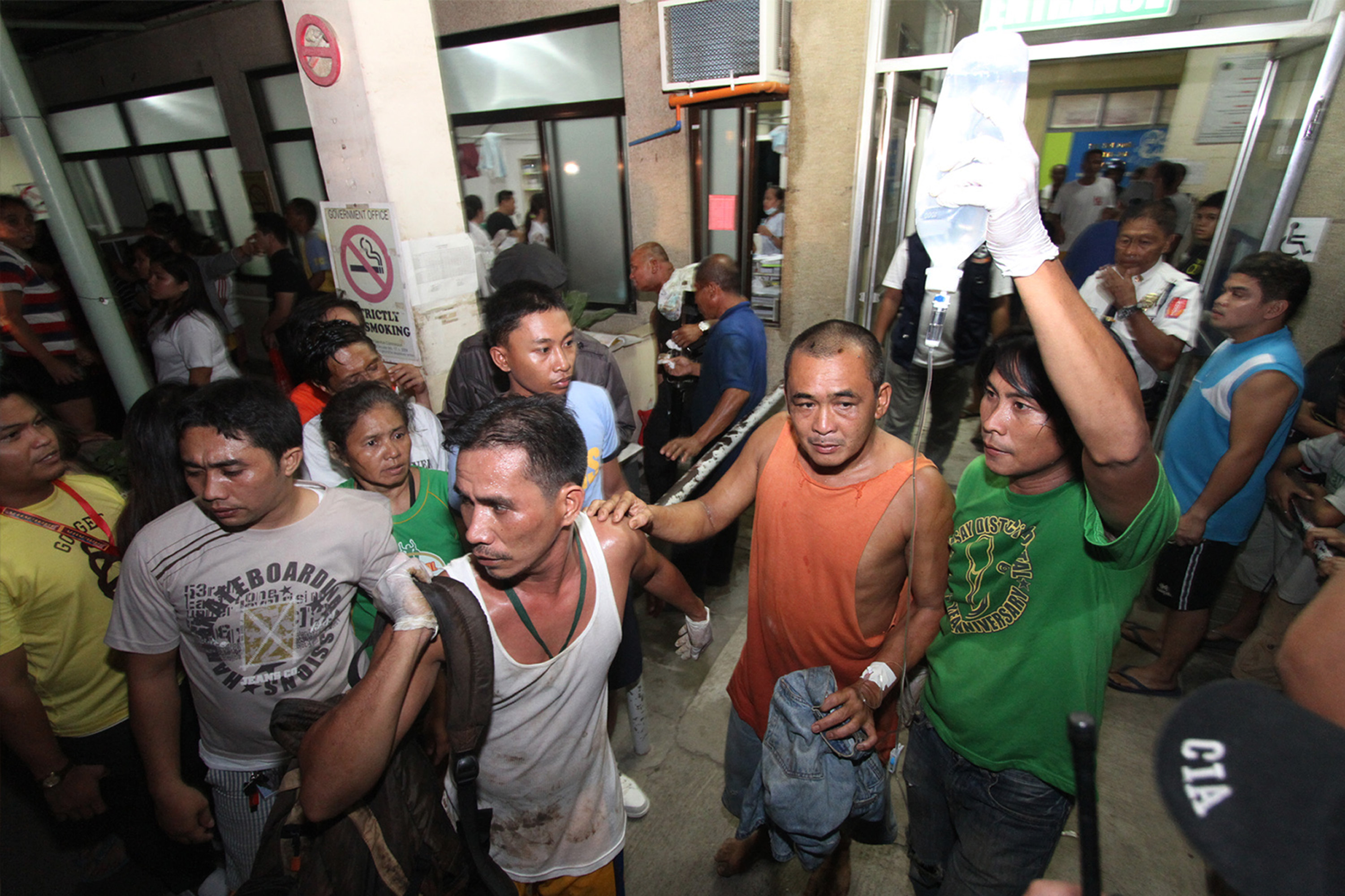 MANILA, PhilippinesA ferry with more than 800 people aboard sank near the central Philippine port of Cebu on Friday night after colliding with a cargo vessel, killing at least 24 people, while 572 people were rescued, according to the Philippine Coast Guard, CBS News reported.

The company that owns the vessel, 2Go, confirms there were 841 people on board -- 723 were passengers and 118 crew members.

The captain of the ferry MV Thomas Aquinas ordered the ship abandoned after it began listing and then sank after hitting the cargo vessel, coast guard officer Joy Villegas said.

Two coast guard vessels and other nearby ships were involved in the rescue operation not far from the port of Cebu, Villegas said.

Hundreds of passengers jumped into the ocean as the ship started to sink, according to survivors. Many of the passengers were asleep and others struggled to find their way in the dark.

Jerwin Agudong said he and other passengers jumped overboard in front of the cargo vessel after the ferry began taking on water and the crew distributed life jackets.

He told radio station DZBB that some people were trapped and he saw bodies in the water.

"It seems some were not able to get out. I pity the children. We saw dead bodies on the side, and some being rescued," he said.

He said the ferry was entering the pier when the cargo vessel, which was on the way out, suddenly collided with it.

"One of the persons who jumped with us hit his head on metal. He is shaking and he is bloodied," Agudong said.

The youngest among those rescued was an 11-month baby, news reports said.

The ferry came from Nasipit in Agusan del Sur province in the southern Philippines on a daylong journey, Agudong said.

Accidents at sea are common in the Philippine archipelago because of frequent storms, badly maintained boats and weak enforcement of safety regulations.

In 1987, the ferry Dona Paz sank after colliding with a fuel tanker in the Philippines, killing more than 4,341 people in the world's worst peacetime maritime disaster.

In 2008, the ferry MV Princess of the Stars capsized during a typhoon in the central Philippines, killing nearly 800 people.