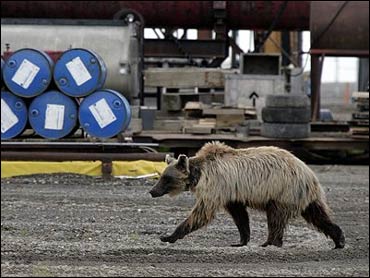 Does Al Gore have a problem with women?

A half dozen recent nonpartisan national polls show George W. Bush leading or running even with Gore among women, suggesting that the vice president doesn't enjoy the same kind of support that the Clinton-Gore ticket received from women in the last two presidential elections.

In 1996, Clinton-Gore captured 54 percent of the female vote. But in a Gallup poll done in late June, Gore had only 42 percent of the women's vote, six points behind Bush.

Given that the "gender gap" was good for the Clinton-Gore ticket in 1992 and 1996, and that this year's front-burner issues - Social Security, Medicare and education - are traditional "women's issues," what's the problem?

Bush, says independent pollster John Zogby, "has been able to develop an affability gap that cuts against Gore's stature gap."

"Bush emerged from the primaries in pretty good shape and generally perceived as likable," says Zogby. Thanks to that likability, "voters are listening to him and give him high marks on other things" like leadership and knowledge.

"George W. Bush trades off affability and 'compassionate conservatism' and uses that as a bridge to develop issues that are appealing to soccer moms and women in general," such as his social security plan and school vouchers, which Zobgy says soccer moms will support.

And the upended gender gap is not just a question of what Bush has done right.

Zobgy thinks Gore hurt himself with women during his primary fight against Bill Bradley: "The essence of a soccer mom is one who teaches her child 'enjoy the game and winning is good, but you don't have to crush your opponent'… What happened with Gore is he sullied himself in the process of winning in the primaries. He didn't just swat the fly (Bradley) or even club the fly over the head. He ground the fly into the carpet. And that revealed a side of Al Gore which is not terribly becoming."

Recent events suggest that Gore is moving to deal with his distaff dilemma. The vice president has named Nashville public relations consultant Cindy Wall as his national director for women's outreach.

"The campaign knows how important the women's vote is - and knows that in every part of the campaign," says Wall, whose mandate is to reach women wherever they are. To that end, she's already built an e-mail network for women supporters, and says look for more events that target women, like the recent Gore town hall meeting hosted by Oxygen, a cable TV and Web programmer for women.

Wall's position on the campaign is new; the female beat used to be covered by Gore's general constituent outreach operation. (There is no point "man" for women on the Bush campaign.)

The new slot, plus word this week that Naomi Wolf is still advising the campaign, suggest Gore wants his gender gap back. (For the reader who was out of the country last November, Wolf is a feminist author whose wardrobe advic and $15,000 a month consulting fee scandalized pundits and shocked - shocked - political professionals.)

The leaders of several women's organizations interviewed by CBSNews.com acknowledge that the perception that Bush is the nicer fella is a factor now, but argue that women will come back to Gore when the nominating conventions and televised debates shine light on the substantive differences between the candidates.

Kim Gandy of the National Organization for Women thinks Bush owes his early lead in the polls to voters' "initial responses based on their visceral reaction to the candidate, which one is warm and fuzzy and approachable. And George Bush the eternal fraternity guy seems approachable, and Al Gore the policy wonk doesn't seem as approachable. And that will be to [Gore's] benefit with women once they start focusing on the issues at stake."

Michigan Democrat Linda Jackson-Leslie of the National Women's Political Caucus says Bush "has some of that Reaganesque quality - people just like him. It doesn't matter what he's saying. But as time goes on, people will start asking 'Now what is he saying?' "

Like Gandy and Jackson-Leslie, Wall makes the case that when women comparison-shop this fall on issues including education, the environment, Social Security and Medicare, they'll read the label and buy Gore.

"Women are very smart voters," she says. "They're smart consumers, smart managers in their homes and offices. They look very carefully at the content of things that matter to their families. Many of them have benefited from the current prosperity, but they also want to insure this is about their children and future, that it goes beyond what they have now."

These Democratic women sound confident that Gore will recapture the party's edge with women, but for now at least, he has his work cut out for him.