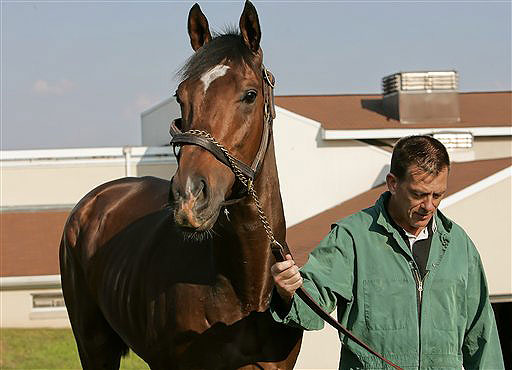 A jury awarded a female place-kicker $2 million in punitive damages Thursday, ruling Duke University cut her from the team solely because of her gender.

Jurors deliberated just over two hours before deciding the school discriminated against Heather Mercer, who graduated in 1998. They met briefly after arguments on damages to rule Duke must pay a $1 compensatory penalty and the larger amount as punishment.

"I feel great. ... I consider it a complete victory. Any monetary award is completely icing on the cake," Mercer said. "I wanted to be told what they did was wrong, and it was."

Lawyer Burton Craige said Mercer, who now works for Charles Schwab & Co. in New York, will use the award to finance a scholarship for female place-kickers. Her own football career is over, he said, but she will continue with fencing.

The university claimed Mercer, now 24, wasn't talented enough to play for a Division I football team. The jurors ruled sex was the motivating factor in the way she was treated and that Duke officials, informed of her complaints, failed to act.

"We are obviously disappointed in the jury's finding and are confident the judgement will be rectified on appeal," said John F. Burness, the university's senior vice president for public and government affairs, in a statement released by the university.

During deliberations, jurors asked to see videotapes of Mercer and other kickers practicing. They also reviewed the transcript of a conversation between Mercer and assistant football coach Fred Chatham that Mercer taped secretly.

They also sought from Judge James Beaty a definition of the phrase "deliberate indifference," meaning whether Duke officials knew Mercer was having problems and did nothing to correct them.

To award compensatory damages, jurors had to find Mercer suffered actual financial losses because of Duke's actions. For punitive damages, they had to find Duke acted with malice and reckless indifference.

In closing arguments Thursday, Mercer's lawyers said she wanted to be treated like any other member of the football team. That's exactly what happened, the attorney for Duke said.

Duke lawyer John Simpson said the case was not about discrimination but about a young woman naive to the cold reality of Division I football, and penalized Goldsmith for being a nice guy and trying to help Mercer.

He pointed out that male kickers who were not members of a scout team which played against the first-string team in practice - also were cut, and reminded jurors that six other kickers on the team at the time testified Mercer lacked the necessary kills.

"We're disappointed by it. Like they say in football, I left everything on the field," Simpson said.

Mercer testified Wednesday she was able to kick 48-yard field goals, although she was more comfortable from 43 yards.

Her former coach and most of her fellow kickers disagreed, saying she just wasn't good enough to kick against teams like Florida State and Clemson.

Mercer never suited up for a Duke game. In September 1999, Colorado walk-on kicker Katie Hnida became the first woman to dress for a Division I-A football game, but didn't play in the game against Kansas.

Donna Lopiano, executive director of the Women's Sports Foundation, said the ruling will make schools take female athletes seriously when they try out for male teams, "and that's only right."

"This court decision is consistent with federal court decisions in that girls need to be allowed to play on boys teams, especially when there is not a team for the girls," she said.