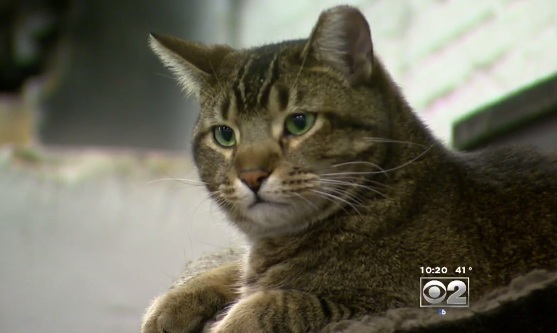 CHICAGO -- Got rats? Meet the exterminators. Hundreds of cats are being hired and put to work at local homes and businesses,CBS Chicago reported.

There's a waiting list for the cats, and a lot of the people on that list live near soon-to-be demolished buildings like the Children's Memorial Hospital in in Lincoln Park. When the building comes down, the rat problem is expected to get worse.

Venkman lives and labors among the barrels of beer and sacks of grain in the Empirical Brewery.

"They're cats, so they're spoiled and mostly they just lay around," said head brewer Nevin McCown.

But Venkman and his three feral cat friends were hired to be on full-time rat patrol.

"We would find little holes, scratched into bags of grain," McCown said.

He got fed up with the rats chomping away and turned to the Cats At Work program at the Tree House Humane Society.

"They have free reign throughout this open brewery area," McCown says.

Their scent is a natural deterrent.

Victoria Thomas adopted three working cats after she and her neighbors spent $5,000 in exterminations and nothing worked.

"We would BBQ and the rats would walk across our feet," Thomas said. "We would sit on our deck and we'd hear the little feet crawl across the deck."

Her new exterminators are street cats.

Like the 500 other working cats in Chicago, they were scheduled to be euthanized, but then rescued from animal shelters and sent to places like businesses, factories and homes.

"Within days we didn't see any more rats," Thomas said. "It's nature taking care of nature."