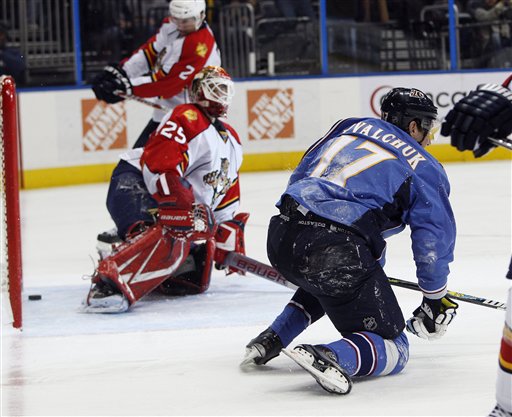 It's slow, it's intense, and from the sound of things, it's bordering on torture. But it's a workout that Lesley Stahl and friend and ABC News competitor Barbara Walters are doing.

For decades, America has tried to dance, run, step and even kick its way to a tighter body. But one trainer now claims he's found a fitness solution for a time-starved nation – a workout that takes place once a week, for just 20 minutes. Last fall, Correspondent Troy Roberts put the program to the test.

It's called "Power Of 10" and its creator, Adam Zickerman, claims it's the only exercise you'll ever need. The secret to success is very slow weight training.

"It'll burn more calories because the more muscle you have, the higher your metabolism is," says Zickerman.

"My way of building muscles is very efficient. Lifting weights in 10 seconds, lower them in 10 seconds," says Zickerman. "No rest in between the repetitions. And going to what I call muscle failure, or complete muscle fatigue."

Stahl has stuck with this unusual program for three years. "For me, it's maintaining my weight. I have a good metabolism, but I would gain weight if I wasn't doing something," she says.

Now, she says she's stronger than most men. And she can even leg press 400 pounds.

Surprisingly, no cardio workouts are needed. No treadmill, no Stairmaster.

"I think we kind of enjoy the fact that we're lifting weights. We think it's cool," says Stahl.

Is the "Power of 10" a fitness revolution, or is it just another fitness trend? To find out, 48 Hours asked identical twins Kelli and Vanessa Dunn, plus-size models living in New York City, to do a little experiment with us.

The twins say even plus-size models have to watch just how plus they are. "I've never, ever been able to wear a bikini. Never, ever could wear a half shirt halter-top, cute clothes. Low rise jeans? Oh, heck, no," says Vanessa, who wants to lose 10 pounds.

48 Hours asked the twins to follow two separate exercise programs. They had five weeks to reach their goals. And they were also told to watch their diets.

Vanessa was asked to do a traditional cardio regimen three to four days a week. "I'm already dreading tomorrow or the next day," says Vanessa, who started her program at the midtown Manhattan Gold's Gym.

In fact, it's so quick that while Vanessa is spinning, bouncing, crawling and dancing away, Kelli is out shopping and having fun.

But if it looks too good to be true, sports medicine specialist Dr. Jordan Metzl says it probably is: "My concern with the book is that it seems to suggest that in 20 minutes, once a week, you can get everything you need in terms of exercise. And that's simply not true for most people."

Several health organizations around the country agree. They recommend at least five to six days of moderate exercise per week.

But Zickerman thinks clients like Kelli are proof enough.

After five weeks, the experiment is over.

Kelli has lost a total of 15 pounds and 8 inches across her chest, waist and thighs. Vanessa, who did the cardio workout, lost only 4 pounds and 4 inches. "I was literally putting in 5 hours a week. She was putting in 20 minutes," says Vanessa. "And she did more than 30 times more weight loss than I had, so the proof's in the pudding."

Kelli may have lost more weight, but Metzl says her program is not heart-healthy: "There's not a significant cardiovascular component, built into this, things like walking or jogging – things that you need to keep your heart really in shape for your entire life."

"Maybe it's a gimmick. Maybe we can get more out of an hour-long workout," says Walters. "But it's 20 minutes more than I usually do and I will stick with it."

Rare photos from the 1976 Chowchilla bus kidnapping
Thanks for reading CBS NEWS.
Create your free account or log in
for more features.
View CBS News In
CBS News App Open
Chrome Safari Continue
Be the first to know
Get browser notifications for breaking news, live events, and exclusive reporting.