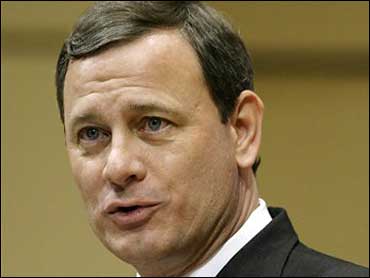 U.S. officials were considering shooting down the hijacked airliner that crashed in western Pennsylvania, but it crashed first.

"The president made the decision ... that if the plane would not divert, if they wouldn't pay any attention to instructions to move away from the city, as a last resort, our pilots were authorized to take them out," Vice President Dick Cheney told NBC's "Meet the Press" program Sunday.

"People say that's a horrendous decision to make, and it is," Cheney said. But he said the United States "absolutely" would have acted on those orders if it could have prevented the attacks on the World Trade Center or Pentagon, which have left thousands of people feared dead.

"As it turned out, we did not have to execute on that decision," Cheney said.

In addition, a Korean Air jetliner en route to Anchorage signaled that it was being hijacked, though that proved to be a false alarm.

And probers in Pennsylvania on Saturday sent the cockpit voice recorder from the doomed flight to its manufacturer in the hope of extracting information from it.

As the fourth hijacked plane was over Pennsylvania, seemingly headed for Washington, military commanders, the FAA, and White House officials were on a conference call discussing options.

At the time, there were two F-16s armed with air-to-air missiles within 60 miles of Flight 93. But the fighters were still out of missile range when the jetliner crashed, sources said.

No decision had to be made, but administration officials say that, had the jetliner continued toward Washington, the fighter jets would have shot it down. The rationale, say the sources, was that the government was willing to "kill 100 to save a thousand".

Also on Tuesday, the FAA and military officials were alarmed when a Korean Air jetliner inbound to Anchorage sent a radio signal that it too had been hijacked. Before it got to Alaska, jet fighters were trailing it, and the plane eventually landed at a remote base in Canada.

That plane had not been hijacked, and there's been no explanation as to why it was sending out the hijacking signal. But in light of what had already happened in New York and Washington, sources say, that jetliner was also in serious jeopardy of being shot down.

Meanwhile, the cockpit voice recorder from United Flight 93 appears to have been damaged, CBS News has learned.

The recorder could reveal whether passengers tried to gain control of the hijacked plane before it crashed in a Pennsylvania field. The "black box" was buried some 25 feet deep in the crash site crater.

It was first sent to the National Transportation Safety Board in Washington. Now the recorder has been shipped to the manufacturer to try to extract information, investigators said Saturday.

FBI officials at the crash scene near Shanksville, Pennsylvania, had initially been very hopeful of gaining clues into how the hijackers took over United Airlines Flight 93, saying the recorder had come ouof the ground in "fairly good — condition."

However, say the box "appears to have some damage."

A Justice Department official told reporters in Washington that the unit was being sent to the maker after an initial effort to extract the recording by the National Transportation Safety Board.

All 45 passengers and crew members on board Flight 93 that took off from Newark, New Jersey, bound for San Francisco were killed. Some passengers phoned loved ones to say they were planning to move against three hijackers who claimed to have a bomb.

In a related development, officials in Washington said they may not be able to retrieve any information the flight data and voice recorders aboard the airliner that hit the Pentagon.

Federal sources said the Pentagon crash black boxes were taken to the National Transportation Safety Bureau lab where a quick readout was attempted. But preliminary information shows there is nothing that appears to be useful on the cockpit voice tape. The tape appears to be blank or erased.

This is a potentially devastating blow, since investigators had hoped to hear the cockpit sounds in hopes of gaining insight as to how the hijackers' plan unfolded, and what their motives were. Also, the voice recorder was hoped to be able to shed light on what the targets were, since the plane made a turn over Washington before crashing.

Investigators said sometimes information can be recovered on subsequent attempts, but they were not optimistic. Data from the Pentagon crash flight data recovered hasn't been processed yet.

The recorder is designed to capture at least the last 30 minutes of cockpit conversation. The Pennsylvania plane's other black box, the flight data recorder, was found Thursday, about eight feet below the crater surface. A software problem has slowed efforts to decode its contents; the NTSB is expected to announce soon whether the recorder is in working order.

The search for evidence and human remains continues in Shanksville.

Cell phone calls made by passengers to relatives before the crash suggested they planned to wrest control of the jet from the hijackers and prevent the plane from becoming a missile like the ones that toppled the World Trade Center and damaged the Pentagon.

Some have speculated that the hijackers planned to target Camp David in Maryland, the Capitol or even the White House.

In a tribute Friday night that brought friends and relatives of the dead to tears, Gov. Tom Ridge called some of the passengers heroes for battling their captors.

"The passengers on that plane decided to fight back their hijackers," Ridge said at a vigil attended by thousands. "They undoubtedly saved hundreds, if not thousands, of lives in the process. They sacrificed themselves for others - the ultimate sacrifice."

"What appears to be a charred, smoldering hole in the ground is truly and really a monument to heroism," he said.

About 80 friends and relatives, none who spoke at the srvice, were escorted by police and Red Cross workers past a crowd estimated at 3,000 to attend the vigil. Many cried as they waved candles and flags while singing "God Bless America."

Pennsylvania's two senators, Republicans Arlen Specter and Rick Santorum, said Friday they are checking the possibility of having the nation's highest civillian honor posthumously given to anyone on the jet who fought the hijackers.

"There's a deep debt of gratitude," said Specter. "We're now looking into the Freedom Medal for those people who were on board the plane who may have saved the U.S. Capitol, and the Senators and House members, including the two sitting here."

The lawmakers, speaking at a memorial service at the crash site, brought with them a flag that had flown over the Capitol to fly over the crash site.

©MMI, CBS Worldwide Inc All Rights Reserved. This material may not be published, broadcast, rewritten, or redistributed. Reuters Limited contributed to this report