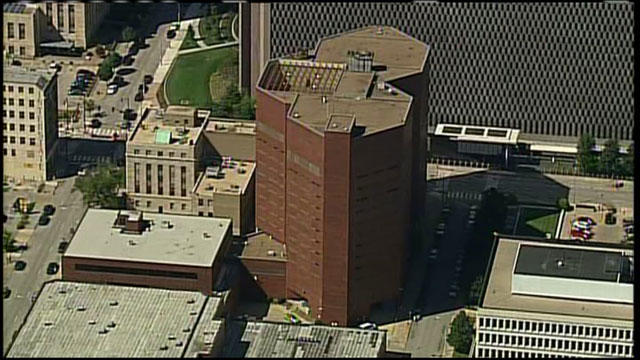 KANSAS CITY, Mo. -- Two corrections officers are among four people charged with smuggling contraband cellphones and other items into the county jail in Kansas City, Missouri, after roughly 200 law enforcers searched the facility.

The prosecutor's office says they don't immediately have attorneys who can speak on their behalf.

The early Monday search began after law enforcement from several agencies were bussed to the jail and lasted several hours. Previous searches have uncovered drugs, weapons and other contraband. The FBI says that while the search was a surprise to a "great number of the occupants in this facility," it was "carefully coordinated" with jail staff.

According to an affidavit filed in support of the criminal complaint, two confidential informants -- an inmate at the detention center and a relative of that inmate -- assisted in the investigation, reports KCTV.

The government will seek to have all four defendants detained in federal custody without bond, reports CBS affiliate KCTV.