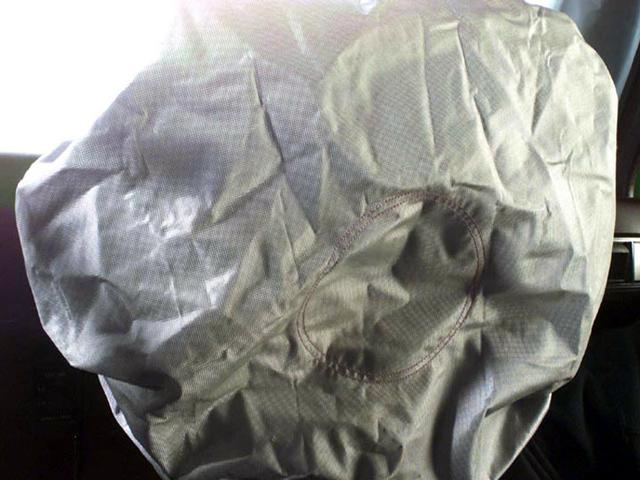 WASHINGTON The Obama administration is preparing to warn car owners whose air bags have been replaced in the past three years that dangerous counterfeit bags may have been installed, according to auto industry officials who have been briefed by the government.

The National Highway Traffic Safety Administration alerted the industry in a series of telephone briefings Tuesday that tens of thousands of car owners may be driving vehicles with counterfeit air bags, industry officials said. NHTSA testing has shown some of the counterfeit bags don't inflate or fail to inflate properly, they said. In at least one case, a counterfeit bag fired shards of plastic and other projectiles on impact, they said.

The officials requested that their names not be used because NHTSA had asked them not to speak publicly about the problem until after an announcement scheduled for Wednesday.

NHTSA will ask car owners to check a government website, Safercar.gov, or call their manufacturer or local dealership to learn if their vehicle model is among those for which counterfeit air bags have been made, officials said.

No deaths or injuries have been tied to the counterfeit bags, but it's unclear whether police accident investigators would be able to identify a counterfeit bag from a genuine one, officials said.

The agency has compiled a draft list of dozens of vehicle makes and models for which counterfeit air bags may be available. NHTSA cautions at the top of the draft that the agency "expects this list to evolve over time."

If the car is on the list and has had its air bags replaced during the past three years by a repair shop other than a new car dealership owners will be asked to bring the vehicle into a dealership to determine whether the replaced air bags are counterfeit. Fees for checking out air bags could run $100 or more, industry officials said. Some types of cars have as many as eight air bags.

The counterfeit bags typically have been made to look like air bags made by automakers and usually include a manufacturer's logo.

Government investigators believe many of the bags come from China, an industry official said.

The bags are marketed to auto body shops as the real deal, officials said. Auto dealerships that operate their own body shops are usually required by their franchise agreements to buy their parts, including air bags, directly from automakers and therefore are unlikely to have installed counterfeit bags, officials said.

But only 37 percent of auto dealers have their own body shops, according to information on the National Association of Automobile Dealers' website. Many consumers whose vehicles have been damaged are referred by their insurance companies to auto body shops that aren't affiliated with an automaker.

A wide variety of counterfeit auto parts has long been a well-known problem, industry officials said. But recent incidents have escalated concern by government officials.

In August, federal agents confiscated nearly 1,600 counterfeit air bags and arrested a North Carolina auto mechanic, according to a report by the Charlotte Observer. The mechanic was tied by federal officials to another counterfeit air bag case last year in Tennessee, the report said.

Last February, Dai Zhensong, a Chinese citizen, pleaded guilty and was sentenced in federal court in Chattanooga, Tenn., to 37 months in prison for trafficking in counterfeit air bags, according to a statement made at the time by the U.S. Attorney's Office.

Zhensong was a part owner and manager of the international department of Guangzhou Auto Parts, which made a variety of auto parts, many of which were counterfeit, the statement said.

Trademark emblems were purchased through Honda, Toyota, Audi, BMW and other dealerships located in China and affixed to the counterfeit air bags.

The air bags were advertised on the Guangzhou Auto Parts website and sold for approximately $50 to $70 each, far below the value of an authentic air bag, the statement said.