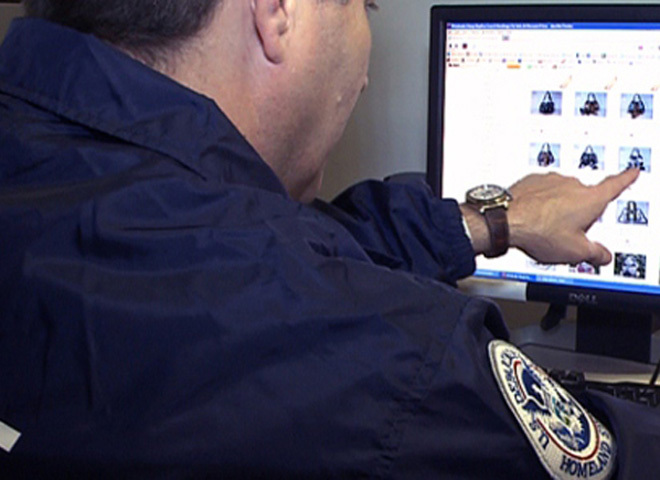 The seizures were announced on Cyber Monday, the day that for many shoppers kicks off the online holiday shopping season.

Officials from Immigration and Customs Enforcement's Homeland Security Investigations, the National Intellectual Property Rights Coordination Center, the Department of Justice and the FBI Washington Field Office, participated in the investigation, dubbed Operation In Our Sites.

Officials said the websites - which sold professional sports jerseys, golf equipment, designer handbags and sunglasses, footwear and DVDs, among other items - will now greet visitors with a seizure banner that notifies them of the federal action and informs them that copyright infringement is a federal crime.

"More and more Americans are doing their holiday shopping online, and they may not realize that purchasing counterfeit goods results in American jobs lost, American business profits stolen and American consumers receiving substandard products," ICE Director John Morton said. "The ramifications can be even greater because the illicit profits made from these types of illegal ventures often fuel other kinds of organized crime."

Federal law enforcement agents made undercover purchases of products from online retailers suspected of selling counterfeit goods. In most cases, the purchases were shipped directly into the United States from suppliers in other countries.

If the products' trademark holders confirmed that the purchased products were fake or otherwise illegal, investigators obtained seizure orders from federal magistrate judges for the domain names.

Since the operation was launched in June 2010 launch, the IPR Center has seized 350 domain names.