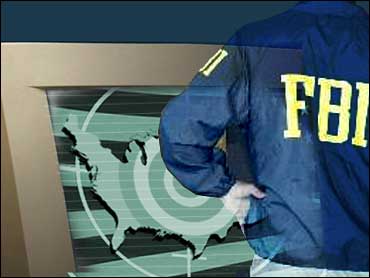 Federal agents raided a Boston-area software company early Friday as part of an investigation it may have ties to terrorists, although investigators downplayed any evidence of such links.

The company, Ptech Inc., has clients who include the FBI, U.S. Naval air systems, the U.S. Air Force, NATO, the U.S. House of Representatives, and the Department of Energy, according to its Web site.

Federal sources say that they have found no evidence that Ptech is a front for al Qaeda or any other terrorist organization. And there is no evidence or allegation that U.S. government computer systems were compromised or infiltrated through Ptech.

"The material has been reviewed by the appropriate government agencies and they have detected absolutely nothing in their reports to the White House that would lead to any concern," said White House spokesman Ari Fleischer.

White House officials helped coordinate the search but "didn't orchestrate this," Fleischer said. "Anything that may be terrorist-related, of course, gets coordinated with the White House," he said.

No arrests were made after federal agents obtained their search warrant and none are likely, officials said. The company consented to the search.

The investigation is focused on a Saudi buinsessman, Yassin Al Qadi, who may be associated with Ptech. Al Qadi is on a list of alleged or potential financiers of al Qaeda along with his aliases: Shaykh Yassin Abdullah and Yasin Kahdi. He apparently heads an organization called the Muwafaq Foundation, which U.S. and British officials allege funnels money to terrorist groups.

Al-Qadi, who is from Jeddah, Saudi Arabia, heads the Saudi-based Muwafaq (Blessed Relief) Foundation, which Treasury officials allege is an al Qaeda front used to funnel millions of dollars to the terrorist organization.

Federal law enforcement officials say al-Qadi once was a key investor in Ptech, located in the Boston suburb of Quincy. They want to know whether al-Qadi still has a relationship with the company and whether information obtained in the search could lead them to other entities with which he was involved, a law enforcement official said, speaking on condition of anonymity.

Joseph Johnson, vice president of professional services at Ptech, said al-Qadi has no ties to the company now but "may have had something to do with it nine years ago" when the company started.

"There isn't anything going on here," Johnson said. "We're a small software company. What we do doesn't give us access to information that is top secret."

According to a database maintained by the Massachusetts Secretary of State, Ptech is run by a man name Oussama Ziade, who is listed as its president, secretary and treasurer. He is not on the Treasury Department list of specially-designated nationals, and was listed by Knowledge World as one of the "100 Faces of Knowledge Management."

A spokesman at U.S. Customs in Washington said information about the case was being handled by the U.S. Attorney in Massachusetts. The U.S. Attorney's Office did not have an immediate comment.