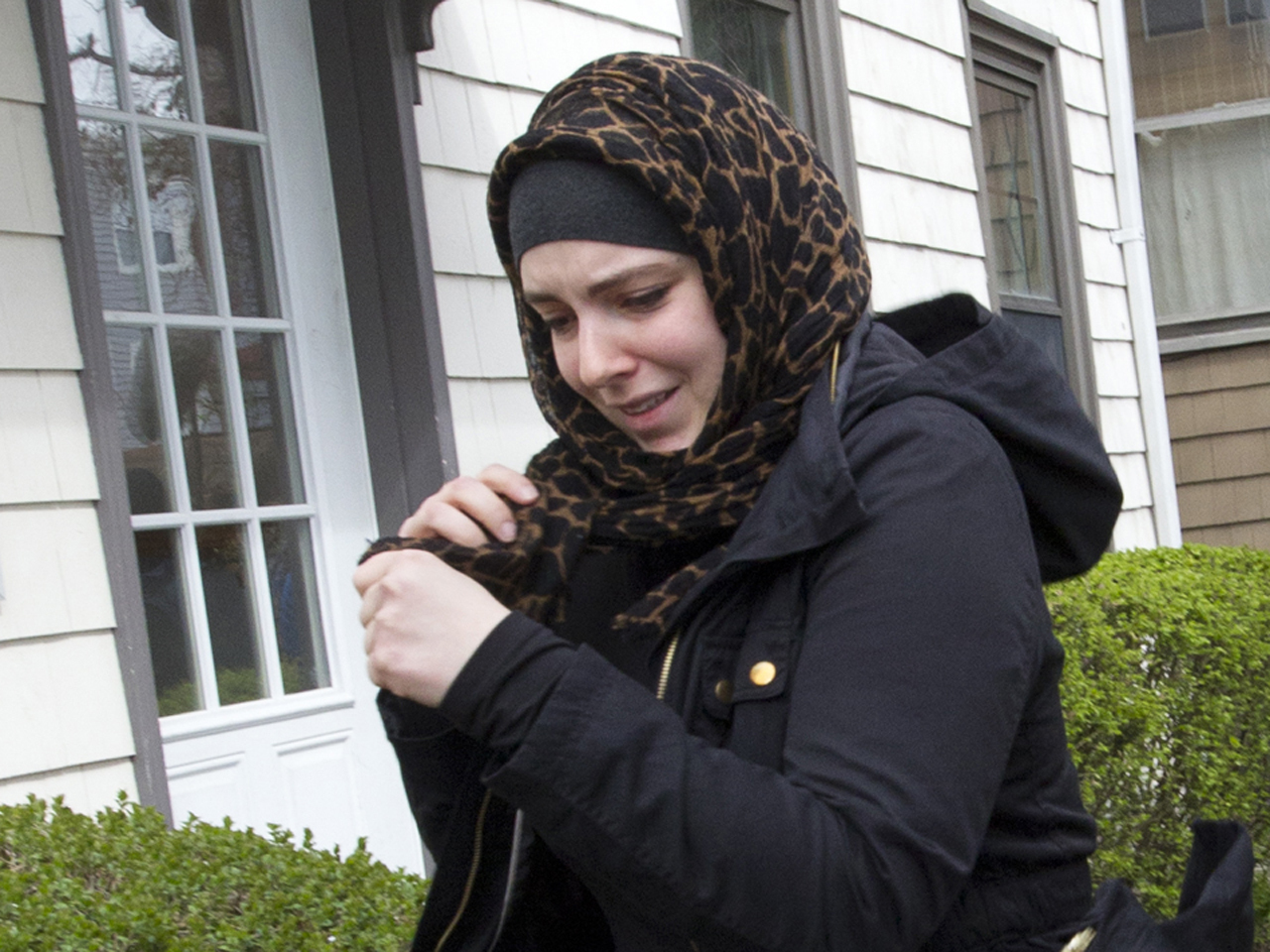 Federal authorities are placing intense pressure on what they know to be the inner circle of the two bombing suspects, arresting three college buddies of surviving brother Dzhokhar Tsarnaev, and keeping Tamerlan's 24-year-old widow, Katherine Russell, in the public eye with their open surveillance and leaks to media about investigators' focus on her.

Legal experts say it's part of their quest not just to determine whether Russell and the friends are culpable but also to push for as much information as possible regarding whether the bombing suspects had ties to a terrorism network or accomplices working domestically or abroad. A primary goal is to push the widow and friends to give their full cooperation, according to the experts.

David Zlotnick, a professor of law at Roger Williams University and former federal prosecutor in the District of Columbia, said authorities may be tracking Russell closely because they feel she's not being completely honest about all she knows.

"It seems to me they don't believe her yet," he said.

Dzhokhar is in a prison hospital, facing a potential death sentence if convicted of the terrorism plot that authorities allege the 19-year-old and his late 26-year-old brother carried out April 15. Twin pressure cooker bombs detonated near the race's finish line, leaving three people dead and injuring more than 260 others. Tamerlan died in a gunfight with authorities April 19, a day after authorities released photos of the suspects.

Tamerlan's widow has been ensconced at her parents' North Kingstown, R.I., home since then. Much about her remains a mystery, including what she knew or witnessed in the weeks, months and years before the bombings, and what she saw and did in the days after.

CBS News correspondent John Miller said on Friday that Russell has not been accused of anything and is not being called a suspect by authorities. "What they're doing is trying to get through to what did she know and when did she know it," he said. "There are a couple things. There's a phone call between her and her husband after the bombings. They want to what was that phone call about. There's a phone call after it's on television showing his picture and his brother's picture. They want know what that phone call was about. It's critical that they understand did she have foreknowledge of the bombings, no knowledge at all, and when did she learn that they were the suspects."

It's unclear when Russell last communicated with her husband, but her lawyer, Amato DeLuca, told The Associated Press in an interview last month that the last time she saw him was before she went to work April 18. DeLuca said Tuesday that Russell had met with law enforcement "for many hours over the past week," and would continue to do so in the coming days. He previously told the AP that Russell didn't suspect her husband of anything before the bombings, and nothing seemed amiss in the days after.

Zlotnick said the fact that charges have been brought against the younger brother's three friends from the University of Massachusetts Dartmouth over allegations they covered up for Dzhokhar indicates authorities are willing to go after the widow for similar actions. That puts pressure on Russell to cooperate.

Dias Kadyrbayev and Azamat Tazhayakov, students from Kazakhstan, were charged this week with conspiring to obstruct justice by taking a backpack with fireworks and a laptop from Dzhokhar's dorm room, while Robel Phillipos was charged with lying to investigators about the visit to the dorm room. All three are 19 years old and face the possibility of five or more years in federal prison.

The lawyers for the Kazakh students said their clients had nothing to do with the bombing and were shocked by the crime. Phillipos' attorney, Derege Demissie, said he was accused only of a "misrepresentation."

Nancy Gertner, a former federal judge in Massachusetts and a professor at Harvard Law School, said she believes authorities will try to use the conspiracy charges against the friends to turn them into cooperating witnesses against Dzhokhar. They will also see if the defendants can help them determine if there's a wider plot and a continuing danger for citizens.

"I think it's to find out ... are there other tentacles here?" Gertner said.

A grand jury is likely already hearing testimony against Dzhokhar, said Michael Sullivan, a former U.S. attorney for Massachusetts who also once headed the federal Bureau of Alcohol, Tobacco, Firearms and Explosives. He said investigators will be looking into whether the brothers tested bombs before the attack and asking questions about whom Tamerlan had contact with when he traveled to Russia last year.

Those are some of the things they would also want to know from Russell.

One of investigators' goals right now is "to figure out if she has knowledge of how he became radicalized, who he spoke to, how he may have learned to make the bomb and whether there are others out there who share his views," said Ron Sullivan, a professor and director of Harvard's Criminal Justice Institute.

In addition to threatening her with criminal charges and a potential prison sentence to get what they want from her, Ron Sullivan said authorities can bring social pressure to bear, including leaking information that suggests she isn't being helpful.

"She's the mother of a young daughter. I imagine she does not want to be deemed as a pariah or ostracized by the whole country," he said.

One question that swirls around Russell is what she saw inside the cramped Cambridge apartment she shared with Tamerlan, whom she married in 2010, and their toddler. Two U.S. officials have told the AP that Dzhokhar told investigators the bombs were assembled in that apartment. They spoke on condition of anonymity because they were not authorized to publicly discuss the details of the ongoing investigation.

Her culpability for her actions after the bombings is also a matter of degrees. She could be in trouble if authorities determine she harbored someone or destroyed evidence. But even if Russell communicated with her husband after the release of his photo as the bombing suspect, Corrente said she may not be charged because of the public way it happened.

"I think anybody would be expected to call his or her spouse and say, `You won't believe what I just saw on TV,"' Corrente said.

The arrests of Dzhokhar's friends and scrutiny of Russell may also have a deterrent effect by demonstrating what happens to people who don't alert authorities if someone close to them is involved in a terror plot, Zlotnick said.

Eugene O'Donnell, a John Jay College of Criminal Justice lecturer and former police officer and assistant district attorney in New York City, said the message from federal authorities is clear: "No stone will be unturned" in their probe.

"I think after 9/11 there's really a kitchen sink approach to national security," he said.