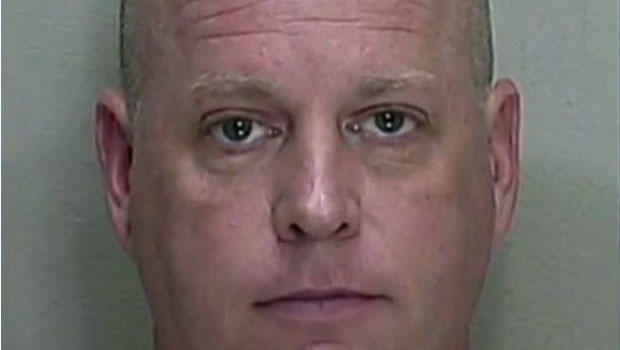 OCALA, Fla. -- A Florida man is accused in a plot to blow up several Target stores along the East Coast in an attempt to acquire cheap stock in the company if the stock value plunged after the explosions.

The U.S Attorney’s Office in the middle district of Florida said in a news release on Thursday that 48-year-old Mark Charles Barnett is charged with possession of a firearm affecting commerce by a previously convicted felon. Barnett is a registered sex offender in Florida.

An affidavit says Barnett offered to pay another man $10,000 to place at least 10 “improvised explosive bombs” disguised in food-item packaging in stores from New York to Florida.

The man told investigators Barnett created the devices and delivered them to him last week, reports CBS affiliate WKMG. Barnett also allegedly provided a bag of gloves, a mask and a license plate cover to disguise the man’s identity from law enforcement, according to the affidavit, obtained by the station.

The man went to authorities and turned over the devices, the station reports. WKMG reports they were disguised in food boxes such as cereal and pasta and designed to detonate when taken off a shelf. An explosives expert reportedly determined the devices were capable of causing property damage, serious injury or death.

Federal authorities said in the affidavit Barnett theorized Target’s stock value would plunge after the explosions, allowing him to cheaply acquire shares before an eventual rebound in prices.

Barnett was on probation for several felony charges stemming from a 1992 kidnapping and rape of a Charleston, S.C. math professor, the station reports.

If convicted, Barnett faces up to 10 years in prison. Jail records don’t say whether he’s hired a lawyer.

WKMG reports he is being held without bail.