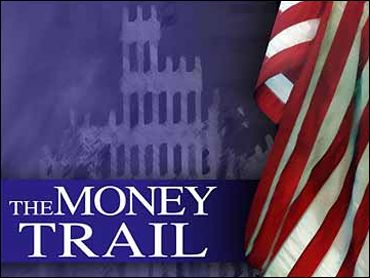 The government is assembling a team of financial sleuths to cut off terrorists from their lifeblood - money.

Under Operation Green Quest, law enforcement people with financial expertise will investigate how terrorists move their money and where, the Bush administration announced Thursday.

The government would use the findings to freeze financial assets, seize money, impose fines and launch legal proceedings, including criminal prosecutions.

"The lifeblood of terrorism is money, and if we cut the money we cut the blood supply," said assistant attorney general Michael Chertoff, the head of the Justice Department's criminal division.

The U.S. government considers Osama bin Laden the prime suspect in the Sept. 11 terror attacks on the World Trade Center and Pentagon.

His al-Qaida network has built a fund-raising operation using Islamic charities and relief organizations that attract money from wealthy donors. Al-Qaida moves its money through front companies and in suitcases stuffed with cash, and by using the ancient, informal banking network known as "hawala" that is popular in the Middle East and south Asia.

"It's a tough nut to crack," acknowledged Deputy Treasury Secretary Ken Dam. Federal officials said hawala brokers operate in the United States, but wouldn't say how many or where.

President Bush has ordered assets blocked of 66 individuals and organizations suspected of conducting or financing terror, including bin Laden and his senior aides. Since the attacks, 152 countries have now joined the effort to disrupt terrorist funding, with 81 issuing blocking orders.

Roughly 30 people from various federal law enforcement agencies will be reassigned to the project, to be run out of a Customs Service command center. A senior Customs official will serve as director, a senior IRS official will be the deputy, and a senior FBI official will be on staff, as will two Justice Department prosecutors.

Over time, roughly 200 law enforcement experts involved in the "El Dorado" anti-money-laundering task force in New York will refocus their work on the terrorists' money trail, officials said. The 9-year-old task force, which includes people from Customs, FBI, IRS and state and local law enforcement, has produced more than 1,000 arrests and $425 million in seized assets.

The team will serve as the investigative arm for the Treasury's office that freezes financial assets and for a newly created center that has brought together intelligence, law enforcement and financial regulators to chase terrorist money.