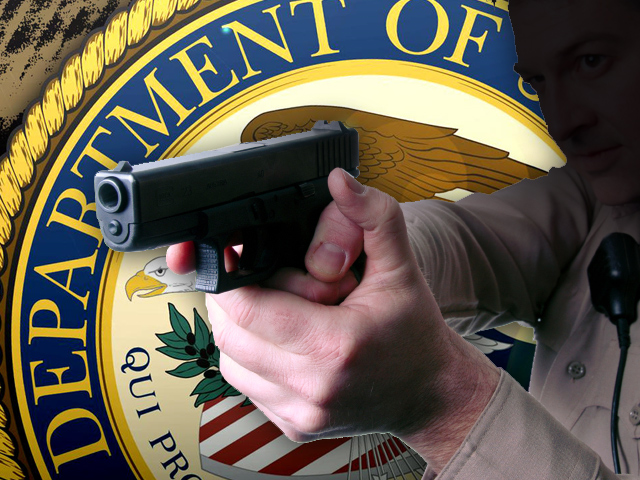 SEATTLE - The U.S. Justice Department on Thursday launched a formal civil rights investigation into the Seattle Police Department following the fatal shooting of a homeless, Native American woodcarver and other incidents of force used against minority suspects.

The investigation aims to determine whether Seattle police have a "pattern or practice" of violating civil rights or discriminatory policing, and if so, what they should do to improve, Seattle U.S. Attorney Jenny Durkan and the assistant attorney general for the DOJ's civil rights division, Thomas E. Perez, said during a conference call Thursday morning. Durkan's office previously conducted a preliminary investigation.

"Our broader goal is to ensure that the community has an effective, accountable police department that controls crime, ensures respect for the Constitution, and enjoys the trust of the public it is charged with protecting," he said.

The American Civil Liberties Union of Washington and 34 other community groups called for the inquiry after a Seattle officer shot and killed woodcarver John T. Williams last summer.

Video from Officer Ian Birk's patrol car showed Williams crossing the street holding a piece of wood and a small knife, and Birk exiting the vehicle to pursue him. Off camera, Birk quickly shouted three times for Williams to drop the knife, then fired five shots. The knife was found folded at the scene, but Birk later maintained Williams had threatened him.

Birk resigned from the force but was not charged. A review board found the shooting unjustified.

Other incidents captured on surveillance or police-cruiser video include officers using racial slurs and stomping on a prone Latino man and threatening to beat the "Mexican piss" out of him; an officer kicking a non-resisting black youth in a convenience store; and officers tackling and kicking a black man who showed up in a police evidence room to pick up belongings after he was mistakenly released from jail.

The police department did not immediately return a call seeking comment.

"We think the DOJ has a lot of experience and expertise in dealing with situations like this around the country," he said. "Our hope is that they can make recommendations that will help the city of Seattle curtail the use of excessive force in the future."

The Justice Department has 15 open "pattern or practice" investigations nationwide.

Durkan, who has served on Seattle's shootings review board, said the formal review was not prompted by any specific incident and stressed that no conclusions were reached in advance. Any police department can have a string of unfortunate incidents that may or may not be indicative of systemic problems, she stressed.

"It's very important in these pattern-and-practice investigations to make sure people understand that we're really looking at the police department as a whole, its systems, its procedures and the way it does policing in the community," she said.

The investigation comes two weeks after the DOJ issued a scathing report that followed a similar investigation of the New Orleans Police Department. In that case, the DOJ found that New Orleans police have often used deadly force without justification, repeatedly made unconstitutional arrests and engaged in racial profiling.

Perez said the investigation of the Seattle Police Department would be far more narrow. He expects Seattle officials to cooperate as thoroughly as those in New Orleans did, he said.