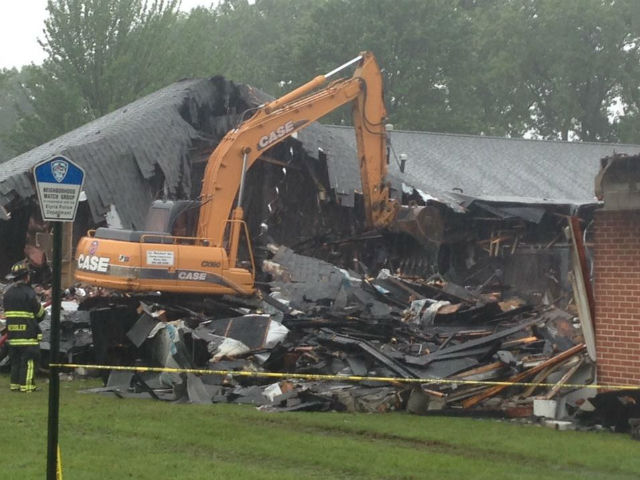 WASHINGTON -- Federal authorities are investigating a series of fires in the last week at churches with predominantly African American congregations.

Investigators believe three of the fires were arson, while causes have not yet been determined for the other fires. The ATF and FBI are involved in the investigations of fires at churches in South Carolina, North Carolina, Tennesse and Georgia, CBS News has confirmed.

The fires have not yet been linked to the June 17 massacre that left nine people dead at the Emmanuel African Methodist Episcopal Church in Charleston, S.C.

The first fire, at the College Hills Seventh Day Adventist Church, in Knoxville, Tenn., occurred the night of June 22, hours after South Carolina Gov. Nikki Haley called for the Confederate flag to be removed from the state's capitol.

On June 23, a fire at the God's Power Church of Christ in Macon, Ga. was determined to be arson by investigators. The next day, June 24, the Briar Creek Baptist Church in Charlotte, N.C. was burned. Authorities, including the FBI, are also investigating both fires as possible arson.

That same night, the Fruitland Presbyterian Church, in Gibson County, Tenn. was discovered in flames. Authorities initially suspected it was an electrical fire, but a representative of the Tennessee State Fire Marshal's Office told 48 Hours' Crimesider Monday morning that the department is still investigating. The Bureau of Alcohol, Tobacco, Firearms and Explosives is among the agencies investigating that fire.

Two nights later, on June 26, a fire tore through the Glover Grove Baptist Church, in Warrenville, S.C. A cause has not yet been determined, but both state officials and the FBI are looking into the blaze, reports CBS affiliate WRDW.

The most recent church burning was in Elyria, Ohio, where the College Heights Baptist Church burned down on Saturday night and CBS affiliate WOIO reports that the cause of the fire is still under investigation. Federal authorities are not involved in that investigation.

The ATF says it is working with state and local officials on each investigation and looking at the "global picture" to find common characteristics across these fires. The common characteristic could include any accelerant that may have been used, for instance gasoline or kerosene, or if the fires were all set in a specific place inside the church.

The ATF would not say how many fires it is investigating, but said the scope of the investigation includes fires in various states in the past six months, including three previous fires in Tennessee that occurred before the Charleston shooting.

The agency added that there may be more fires that have not been identified yet. The ATF is encouraging the leaders of churches that don't see daily use to check on their churches regularly.