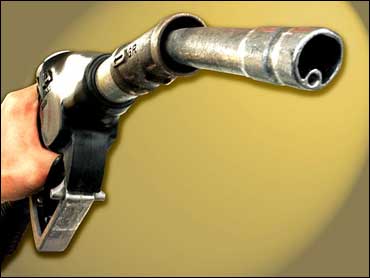 A partial recovery of refining capacity, more imports and reduced demand should ease the supply crunch that has caused gasoline prices to soar since Hurricane Katrina, a senior Energy Department official said Monday.

Damage to Gulf Coast refineries and pipelines by Hurricane Katrina pushed retail gas prices to historic highs in the past two weeks, with self-serve regular averaging more than $3 a gallon for the first time ever, according to a nationwide survey released Sunday.

The weighted average price for all three grades surged more than 38 cents to nearly $3.04 a gallon between Aug. 26 and Sept. 9, said Trilby Lundberg, who publishes the semimonthly Lundberg Survey of 7,000 gas stations around the country.

Meanwhile, several state and county legislatures are opening probes into the recent high prices, even as those prices began to show retrenchment in some areas.

According to a survey by AAA Southern New England, the average price of self-serve regular unleaded gasoline was over $3.17 a gallon, down an average of 2 cents from last Friday and 6 cents from the record high a week ago. The agency found a range of 34 cents from the lowest price to the highest.

"The key is we get the gasoline supplies back up to midsummer levels. Once we've reached a point of stabilization, we can expect to see prices drop to pre-Katrina levels," said David Cowley, spokesman for AAA Arizona.

Department analysts estimate that four large Gulf coast refineries will probably remain out of commission for two to three months, but their product should be replaced by gasoline from other sources, a department official said Monday.

Those refineries, which suffered extensive damage to pumps and other equipment, normally account for nearly 1 million barrels a day, about half of it gasoline.

That gasoline supply should be more than compensated for by a flow of imports expected to begin hitting the East Coast in the coming days; production from other Gulf Coast refineries that have come back on line; and a significant drop in gasoline demand after Labor Day, said the official, who spoke on condition of anonymity.

The prediction that gas prices have peaked was echoed by Lundberg in an interview Sunday with CBS Radio News.

Bodman plans to tour facilities in the Gulf region, including the Louisiana Offshore Oil Port, or LOOP, where tankers unload crude, and the Strategic Petroleum Reserve on the Louisiana coast, which is lending government oil to six refineries.

The LOOP has returned to full capacity after having been reduced to 75 percent since Sept. 4. Seven large oil tankers are waiting to unload, according to the Energy officials.

Investors reflected the growing mood that the oil and gasoline supply picture is improving after being devastated by Hurricane Katrina.

The prices of crude oil and gasoline for future delivery declined further Monday amid reports that efforts to resume production are progressing.

"The sentiment has changed from worries over supply to worries over demand," said Fimat USA analyst John Kilduff.

The price of gasoline, which surged to well over $3 a gallon in the days after Katrina hit, eased last week, dropping on average 11 cents a gallon nationwide, according to the Energy Information Administration. A gallon of regular grade cost $2.95 on average last week. The average was $3.17, a drop of 12 cents a gallon, in the central Atlantic region.

But not everywhere. AAA Mid-Atlantic said Monday that the Nation's Capital continues to hold the dubious distinction of being the most expensive place to fill up. Self-serve regular was averaging $3.35 a gallon in Washington, D.C., up a penny from Sunday.