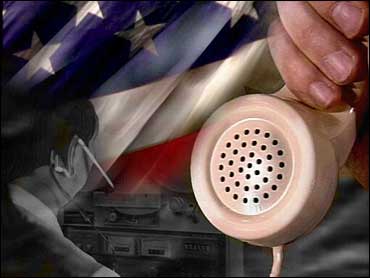 Critics of the prosecution of Steven Rosen and Keith Weissman of the American Israel Public Affairs Committee accused the federal government of trying to criminalize the sort of back-channel discussions between government officials, lobbyists and reporters that are commonplace in Washington. AIPAC is an influential pro-Israel lobbying group.

The indictment had alleged that Rosen and Weissman conspired to obtain and then disclose to journalists and the Israeli government classified information on U.S. policy toward Iran, as well as information on the al Qaeda terror network and the bombing of the Khobar Towers dormitory in Saudi Arabia, which killed 19 U.S. Air Force personnel.

Acting U.S. Attorney Dana Boente said the government moved to dismiss the charges in the drawn-out case after concluding that pretrial rulings would make it too difficult for the government to prove its case.

Boente also said he was worried that classified information would be disclosed at trial.

U.S. District Judge T.S. Ellis III had made several legal rulings that prosecutors worried would make it almost impossible to obtain a guilty verdict. Among them was a requirement that the government would have to prove that Rosen and Weissman knew they were harming the United States by trading in sensitive national defense information.

The defense had also been prepared to put on a strong case that the information obtained by Rosen and Weissman, while technically classified, was not truly secret and that its disclosure was irrelevant to the nation's security.

The federal government's former arbiter of classification, J. William Leonard, was prepared to testify for the defense that the government overuses classification and applies the label to information that by any practical measure does not need to be secret. The government had sought to bar Leonard's testimony.

The trial had been scheduled to start June 2 in a case first brought in 2005.

Rosen and Weissman had not been charged with actual espionage, although the charges did fall under provisions of the 1917 Espionage Act, a rarely used World War I-era law that had never before been applied to lobbyists.

Weissman's lawyer, Baruch Weiss, called the dismissal a "huge victory for the First Amendment" to the U.S. Constitution, which guarantees free speech rights. Had Rosen and Weissman been convicted, he said it would have set a precedent for prosecuting reporters any time they obtained information from government officials that was later deemed too sensitive to be disclosed.

While Weissman was overjoyed to learn the charges will be dismissed, Weiss said that the four-year prosecution "has been a tremendous hardship for both Rosen and Weissman," who have been unable to work while the charges have hung over their head and they faced the prospect of a lengthy jail term.

A former Defense Department official, Lawrence A. Franklin, previously pleaded guilty to providing Rosen and Weissman classified defense information and was sentenced to more than 12 years in prison.

Had the case gone to trial, Rosen and Weissman had won the right to subpoena former Secretary of State Condoleezza Rice and other top Bush administration officials. The defense believed their testimony would support the claim that the United States regularly uses AIPAC to send back-channel communications to Israel. Prosecutors had sought unsuccessfully to quash the subpoenas.

It will be up to Ellis to formally dismiss the charges, but it would be highly unlikely that he would refuse the government's request for dismissal.

AIPAC spokesman Patrick Dorton said the organization is "pleased that the Justice Department has dismissed the charges. This is a great day for Steve Rosen, Keith Weissman and their families."

The government's decision won praise from the American Jewish Committee.

"The Department of Justice has now reaffirmed that the law of the United States protects citizens who engage in the everyday and essential work of political advocacy," said AJC Executive Director David Harris.