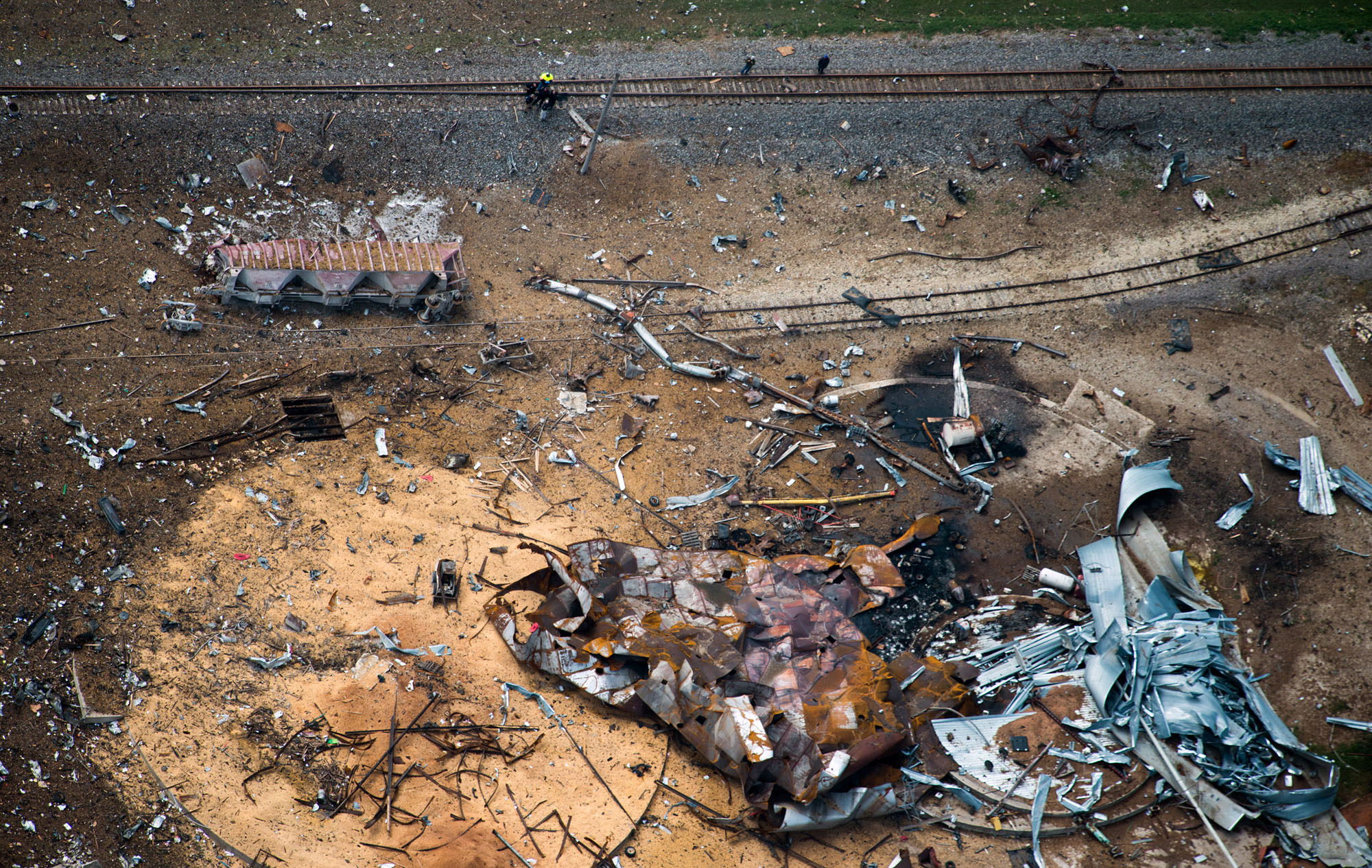 "This fire was a criminal act," Bureau of Alcohol, Tobacco, Firearms and Explosives Special Agent in Charge Robert Elder said.

Investigators reached that conclusion after conducting more than 400 interviews and sifting through mounds of evidence and photos, reports CBS affiliate KWTX.

The powerful explosion on April 17, 2013, left 15 dead including 12 first responders, injured more than 200 and damaged or destroyed dozens of homes and buildings including a nursing home, a two-story apartment building and three of four of West's schools.

Phil Calvin's son was among those killed.

"I want them to get the maximum penalty," he told CBS News' Manuel Bojorquez. "I'd like to see them put so far back in prison that they don't ever see the light of day, whoever it was."

The fire caused ammonium nitrate to ignite, triggering a massive explosion that left part of the small town of West in ruins.

The U.S. Chemical Safety Board and the state fire marshal's office previously issued reports faulting the storage of the fertilizer, emergency response and other factors contributing to a blast, which registered as an earthquake of magnitude 2.1. But authorities hadn't previously indicated what specifically caused the fire.

Federal regulators say the way the fertilizer was stored, with combustible materials nearby, and the lack of ventilation were contributing factors to the detonation. But they also cited a failure to conduct safety inspections of the plant, shortcomings in emergency response such as with hazmat training, and poor land planning that allowed development to sprout around the plant over the years.

Among those killed in the explosion were 12 emergency personnel, primarily ones with the West Volunteer Fire Department who responded to the initial blaze.

The Chemical Safety Board report says the response to the fire was flawed for various reasons, including for not establishing an incident command center and a lack of understanding about the possibility of a detonation.

The lack of uniform regulations worries Mary Sanders, whose son, Kevin, was a volunteer firefighter killed in the explosion. She noted that Texas has taken steps to prevent a similar incident, including ensuring ammonium nitrate be kept separate from combustible material, but that regulations vary by state.

"All of those corrections are not going to be federally mandated," Sanders, who lives in suburban Chicago, said Wednesday.

The Chemical Safety Board's report, which the panel approved in January, noted that Texas had 80 plants that stored more than 5 tons of ammonium nitrate, a chemical used in fertilizer, and that 19 plants storing fertilizer-grade ammonium nitrate operated within a half-mile of a school, hospital or nursing home.

The West plant "was about 550 feet from the closest school, which sustained catastrophic damage as a result of the explosion, which could have resulted in additional loss of life had the school been in session at the time," the report noted. That explosion caused about $100 million in property damage, according to the Texas Department of Insurance, and insurance-related losses were approximately $230 million.

After the blast, a West paramedic was accused of collecting materials for an explosive device. Bryce Reed pleaded guilty to federal charges and served time in prison, though authorities never blamed him for the plant explosion. On Wednesday, Elder said Reed wasn't a suspect in the ongoing investigation.

Reed's stepfather, Gary Nelson, said he and his wife were in tears after hearing the fire was ruled arson. They're concerned they might have "to live through this mess again," he said. "It's awful."