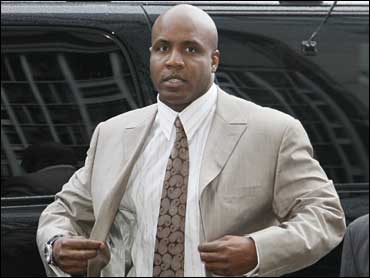 Prosecutors notified the judge of their intention to appeal a couple of hours after Bonds' personal trainer, Greg Anderson, said at a Friday morning court hearing that he would not testify at the slugger's trial.

U.S. District Judge Susan Illston had barred prosecutors from showing the drug tests to the jury unless Anderson took the witness stand to authenticate them.

The trial had been scheduled to begin Monday with potential jurors filling out lengthy questionnaires. Bonds is accused of lying to a grand jury in 2003 when he denied that he knowingly took performance-enhancing drugs.

The appeal is another blow to Bonds' hopes to resume his major league career. Following his indictment in November 2007, no team made an offer to sign him for 2008 despite his 762 career home runs. If his trial had ended next month and he gained acquittal, he would have been in better position to join a team early this season.

A reluctant and annoyed Illston told lawyers earlier Friday that the government's action would force her to halt the trial. She said she had little choice but to wait until the 9th U.S. Circuit Court of Appeals decides the issue.

Bonds' attorneys argued against such a delay in a court filing later Friday.

The defense lawyers wrote that "halting those proceedings, scheduled to begin on Monday morning, will result in a waste of considerable judicial resources already expended in the jury selection process. Furthermore, it will frustrate Mr. Bonds' interest in now putting this matter, alleging offenses occurring more than five years ago, behind him once and for all."