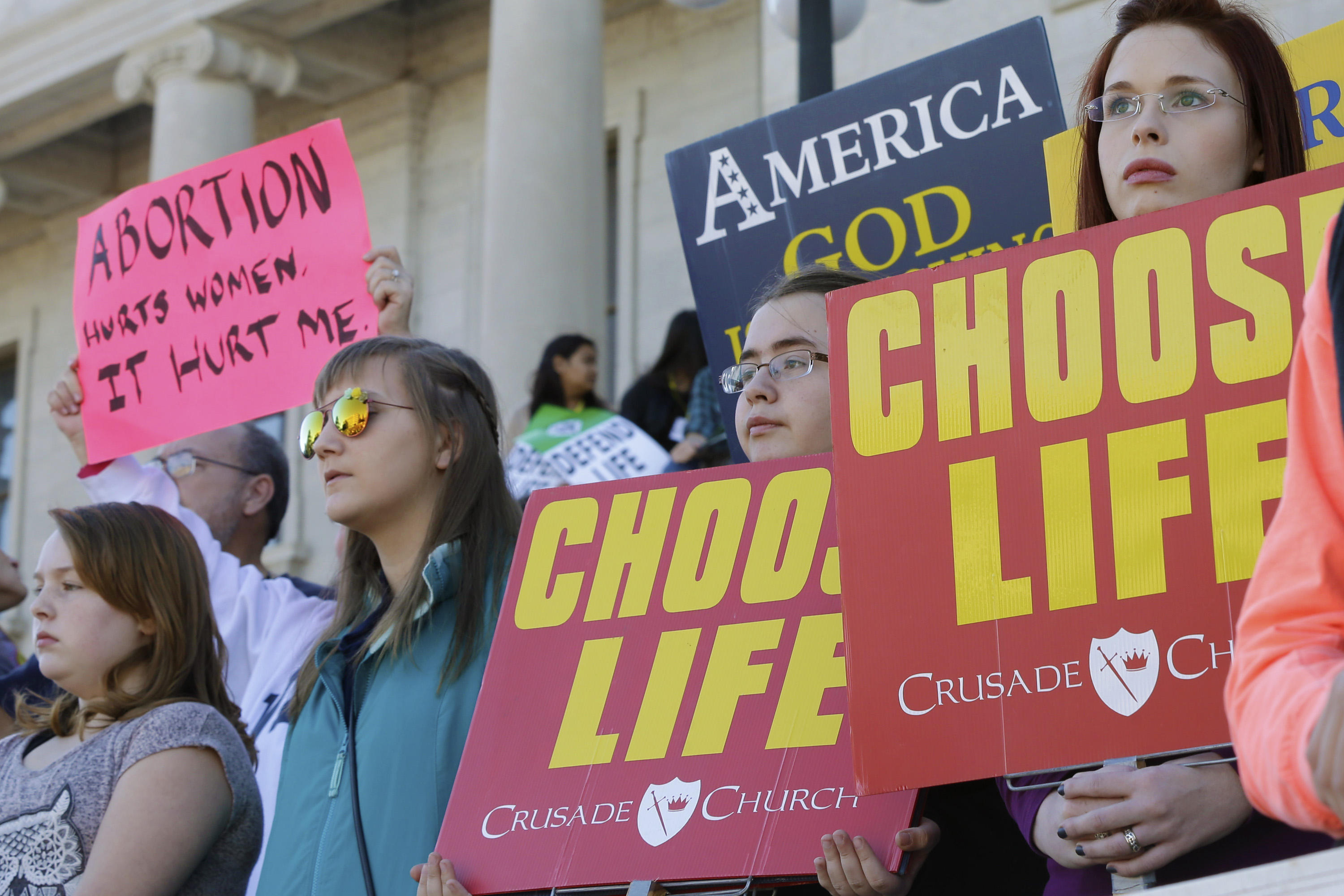 LITTLE ROCK, Ark. -- A federal judge has blocked Arkansas from enforcing four new abortion restrictions, including a ban on a common second trimester procedure and a fetal remains law that opponents say would effectively require a partner's consent before a woman could get an abortion.

U.S. District Court Judge Kristine Baker issued a preliminary injunction late Friday night against the new restrictions, three of which were set to take effect Tuesday. The American Civil Liberties Union and the Center for Reproductive Rights had challenged the measures, suing on behalf of Dr. Frederick Hopkins, a Little Rock abortion provider.

The laws include a ban on a procedure known as dilation and evacuation. Abortion-rights supporters contend it's the safest and most common procedure used in second-trimester abortions. Similar bans are in effect in Mississippi and West Virginia and have been blocked by court rulings in Alabama, Kansas, Louisiana and Oklahoma. A ban approved in Texas will take effect in September and is also being challenged in court. The groups said the ban would have a devastating impact, while the state argued that alternative procedures are available.

"The threatened harm to Dr. Hopkins and the fraction of women for whom the Mandate is relevant clearly outweighs whatever damage or harm a proposed injunction may cause the State of Arkansas," Baker wrote in her ruling.

The attorney general's office did not have an immediate comment on the ruling. Attorneys for the ACLU of Arkansas did not immediately reply to messages early Saturday morning.

Baker's ruling also halts a law that would impose new restrictions on the disposal of fetal tissue from abortions. The plaintiffs argued that it could also block access by requiring notification of a third party, such as the woman's sexual partner or her parents, to determine what happens to the fetal remains. The state has said the law doesn't require permission or notice from those third parties before an abortion and includes several provisions that ensure notice or consent isn't required to dispose of the fetal remains.

"For these reasons, the Court is not convinced that importing the (disposal law's) complex requirements for authorization advances a public health goal," Baker wrote. "These requirements also do not advance interests in women's health because delay and other negative effects instead threaten women's health and wellbeing."

Baker also blocked part of a law set to take effect in January that would ban abortions based solely on the fetus' sex. The groups are challenging the law's requirement that a doctor performing the abortion first request records related to the entire pregnancy history of the woman. The plaintiffs say the requirement would violate a patient's privacy and indefinitely delay a woman's access to abortion.

The judge also blocked a law that would expand a requirement that physicians performing abortions for patients under 14 take certain steps to preserve embryonic or fetal tissue and notify police where the minor resides. The new measure, which was also set to take effect Tuesday, would have raised the age requirement to less than 17 years of age.

The ruling came hours after a federal appeals court panel cleared the way for Arkansas to enforce a law that will limit how the abortion pill can be administered. The panel lifted Baker's order blocking the 2015 law requiring doctors who provide such pills to maintain a contract with another physician who has admitting privileges at a hospital and who agrees to handle any complications. The state can't enforce the abortion pill restrictions until the appeals panel's ruling takes effect in about two or three weeks.