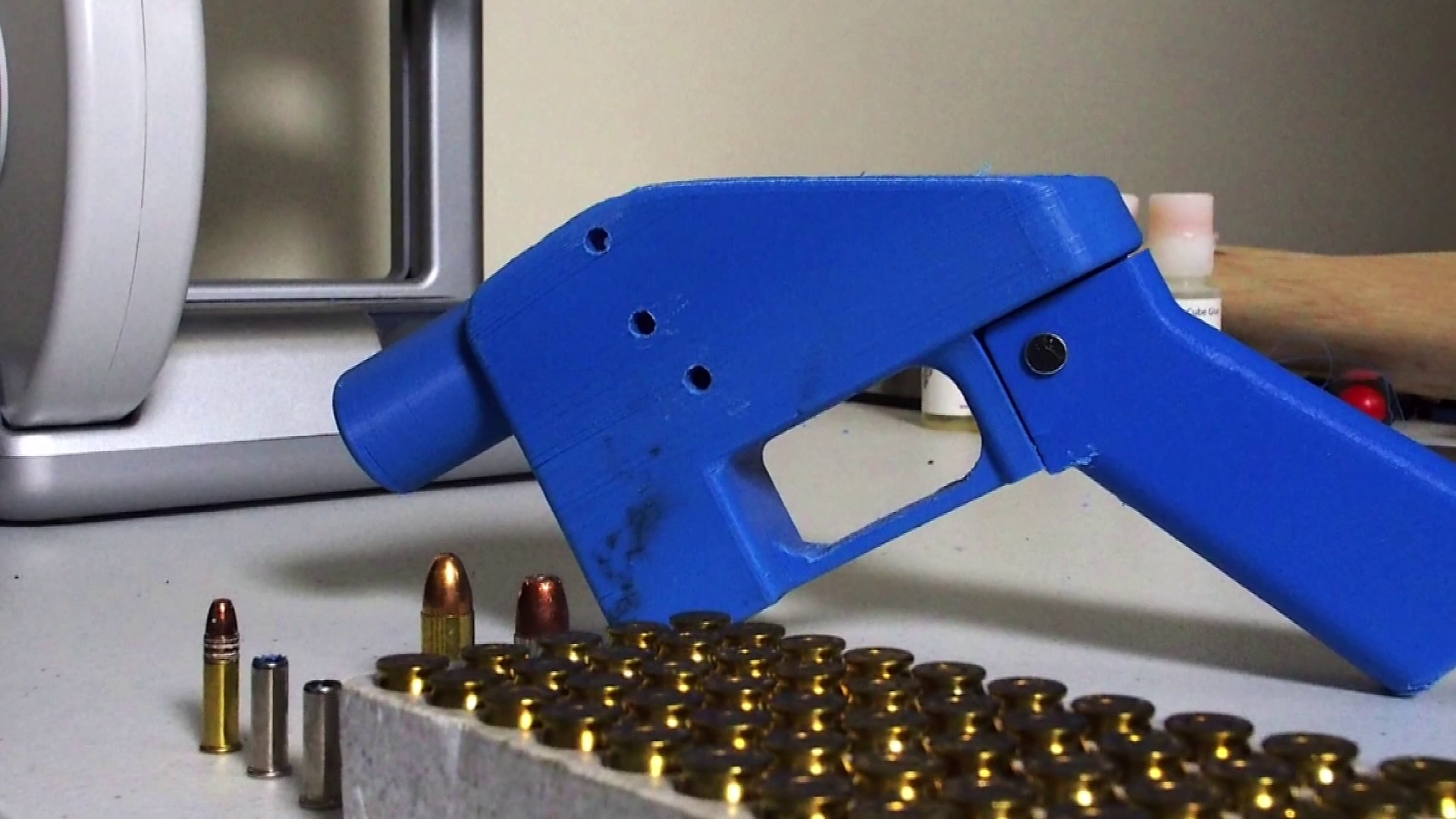 SEATTLE — A federal judge in Seattle issued a temporary restraining order Tuesday to stop the release of blueprints for making untraceable and undetectable 3D-printed plastic guns. The judge says the guns could end up in the wrong hands.

The company behind the plans, Austin, Texas-based Defense Distributed, had reached a settlement with the federal government in June that allows it to make the plans for the guns available for download Wednesday.

The restraining order from U.S. District Judge Robert Lasnik puts that plan on hold for now.

"There is a possibility of irreparable harm because of the way these guns can be made," he said. More than 2,500 people have already downloaded blueprints for AR-15 style assault rifles.

Eight Democratic attorneys general filed a lawsuit Monday seeking to block the federal government's settlement with the company that makes the plans available online. They also sought a restraining order, arguing the 3D guns would be a safety risk.

Mr. Trump tweeted that he has already spoken with the National Rifle Association about the blueprints. The guns are made of a hard plastic and are simple to assemble, easy to conceal and difficult to trace.

At a news conference Tuesday, Democratic senators said Mr. Trump has the power to stop the company from making the plans available online. The company's website says downloads have been posted on the site since Friday. A lawyer for the company said he doesn't know how many blueprints have been downloaded since then.

"Well, fix this deadly mistake that once again your administration has made," Markey said in a remark directed at the president. If he fails to act, "Donald Trump will be totally responsible for every downloadable, plastic AR-15 (gun) that will be roaming the streets of our country."

Connecticut Sen. Richard Blumenthal was more graphic, saying that if Mr. Trump does not block sale of the 3D guns, "Blood is going to be on his hands."

The NRA said in a statement that "anti-gun politicians" and some members of the news media wrongly claim that 3D printing technology "will allow for the production and widespread proliferation of undetectable plastic firearms."

In truth, "undetectable plastic guns have been illegal for 30 years," said Chris W. Cox, executive director of the NRA's political arm. A federal law passed in 1988 — crafted with NRA support — bars the manufacture, sale or possession of an undetectable firearm.

Markey, Blumenthal and other Democrats filed legislation that would prohibit the publication of a digital file online that allows a 3D printer to manufacture a firearm. Democrats have filed a separate bill to require that all guns have at least one significant component made of metal.

People can use the blueprints to manufacture a plastic gun using a 3D printer. But gun industry experts have expressed doubt that criminals would go to the trouble, since the printers needed to make the guns are very expensive, the guns themselves tend to disintegrate quickly and traditional firearms are easy to come by.

Cody Wilson, the founder of Defense Distributed, first published downloadable designs for a 3D-printed firearm in 2013. It was downloaded about 100,000 times until the State Department ordered him to cease, contending it violated federal export laws since some of the blueprints were downloaded by people outside the United States.

The State Department reversed course in late June, agreeing to allow Wilson to resume posting the blueprints. The files were published Friday.

The company filed its own suit Sunday in Texas, asserting that it's the victim of an "ideologically fueled program of intimidation and harassment" that violates the company's First Amendment rights.

"If I allow you to download and AR-15, I don't believe that I provide you with anything other than the general knowledge of what an AR-15 is," Wilson told CBS News. "I am no different from a publisher of information."

Wilson's goal is to keep publishing blueprints until every gun design on Earth is available to everyone.