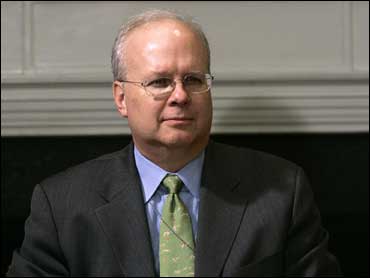 A little-known federal investigative unit has launched a probe into allegations of illegal political activity within the executive branch of government, including a White House office led by President Bush's close adviser, Karl Rove.

The new investigation, which began several weeks ago, grew out of two other investigations still under way at the U.S. Office of Special Counsel: the firing of U.S. Attorney David Iglesias from the state of New Mexico and a presentation by Rove aide J. Scott Jennings to political appointees at the General Services Administration on how to help Republican candidates in 2008.

"We're in the preliminary stages of opening this expanded investigation," Loren Smith, a spokesman for the special counsel's office, an independent investigative and prosecutorial agency, said Tuesday. "The recent suggestion of illegal political activities across the executive branch was the basis we used to decide that it was important to look into possible violations of the Hatch Act."

The office, led by Scott J. Bloch, enforces the Hatch Act, a 70-year-old law that bars federal employees from engaging in political activities using government resources or on government time.

Whether politics played an inappropriate part in the firings of eight U.S. attorneys, including Iglesias, was at the heart of the controversy that has threatened Attorney General Alberto Gonzales' job. Whether executive branch employees violated federal laws that restrict them from using their posts for political activity also is at the center of the controversy about the January meeting at the General Services Administration or GSA.

(AP Photo/Ron Edmonds)
"Six participants have confirmed that, at the end of the presentation, GSA Administrator Lurita Doan asked all present to consider how they could use GSA to 'help our candidates' in 2008,"' 25 Democratic senators wrote in a letter of complaint on Monday to White House chief of staff Joshua Bolten, seen at left with Rove in a 2006 file photo.

Among questions the senators asked Bolten: