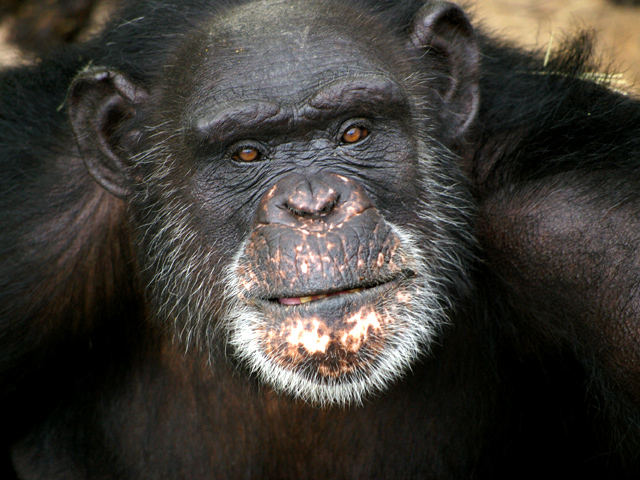 (CBS/AP) Chimpanzee research is rarely necessary for medical studies and should be on its way out, says the Institute of Medicine.

The prestigious group of scientific and medical advisors relayed that recommendation to the U.S. government on Thursday, but stopped short of suggesting an outright ban on chimp research. Instead, it suggested strict limits that would make chimp research a last resort for studies.

The National Institutes of Health - the government agency in charge of medical research - said the new recommendations are "scientifically well-founded" and signaled that changes may be coming.

"While operational details will need to be worked out, NIH intends to adopt the panel's general conclusions," said NIH director Dr. Francis Collins.

Collins temporarily barred new research funding involving chimps on Thursday, and said a group will review about 37 ongoing projects involving the animals to see if they should be phased out.

Chimp research has been dwindling in recent years as scientists turn to less costly and ethically charged alternatives. The IOM's investigation found the NIH has paid for just 110 projects that involved chimps in the past 10 years.

But chimps have been used in research for nearly a century for a reason - they are genetically similar to humans. Chimps were vital in creating a vaccine for hepatitis B and even were shot into space to make sure the trip wouldn't kill human astronauts.

But that similarity also has had animal rights groups arguing that chimp research is unethical and cruel, presenting a quandary for some researchers.

"We understand and feel compelled by the moral cost of using chimpanzees in research," said panel chair Dr. Jeffrey Kahn, a bioethicist at Johns Hopkins University. "We have established criteria that will set the bar quite high for justification of the use of chimpanzees."

That proposed criteria says that studies that test new drugs or give animals diseases can only be conducted on chimps only if other animals or people can't be used first, and if foregoing the chimp studies would hinder progress against life-threatening or debilitating diseases.

The panel also advised the government to limit use of chimps in behavioral research, saying such studies must provide insights into the brain and behavior that otherwise are unattainable. If behavioral research requires chimps, researchers must use techniques that minimize any pain or distress.

The U.S. is one of only two countries known to still conduct medical research on chimps; the other is Gabon, in Africa. The European Union essentially banned such research last year.

There are about 1,000 chimps available for medical research in the U.S. While it's impossible to say how many are used in privately funded research, the pharmaceutical industry is also shifting to higher-tech and less costly research methods. GlaxoSmithKline recently adopted a policy ending its use of apes and chimps in research.

Thursday's report was triggered by backlash over the fate of 186 semi-retired research chimps that the NIH planned to move to an active research lab in Texas to save money.

Maybe some research chimpanzee retirees will end up at animal sanctuaries, like Chimp Haven in Keithville, La. Click below for a look at some if its residents.