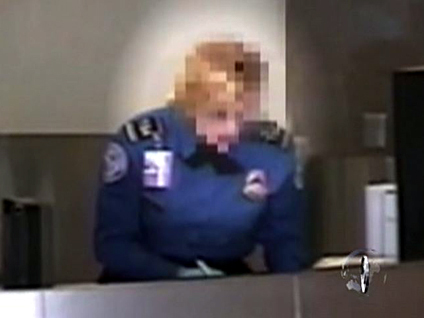 You have no doubt noticed it when you get your paycheck, the deduction for Social Security taxes.

Some of the money goes to pay workers when they become disabled, meaning they are unable to work, but some are continuing to collect disability payments even after they've returned to work.

WASHINGTON - It's always good to see federal employees hard at work. That is, unless they're collecting a check for being totally disabled at the same time. That's fraud. In one case, the double-dipper is a Transportation Security Administration screener in California, CBS News investigative correspondent Sharyl Attkisson reports.

Federal disability -- about $170 billion per year -- is intended for those with medical conditions so severe they can't work at any job. Today, so many people claim to fit that definition, 18.1 million people are getting checks.

"I will just tell you I'm biased when we have one in 20 people in this country on disability," Republican Sen. Tom Coburn of Oklahoma said during a congressional hearing last year. "I don't believe it. As a practicing physician in a poor area of the country with lotsa problems I don't buy it."

By the government's own estimate, fraud and other improper payments ate up $25 billion in disability payments between 2005 and 2009.

The GAO started with the obvious. They cross-referenced federal paychecks with the names on federal disability. In just three agencies alone -- the Treasury, the U.S. Postal Service and the Defense Finance and Accounting Service -- 1,500 federal employees were found getting disability they probably didn't deserve from October 2006 to December 2008.

One case involved a Michigan woman. She qualified for disability because of mood and personality disorders. Seven months later, she found work as a letter carrier but kept on taking disability checks, a total of $37,000.

A Pennsylvania woman collected disability checks even as surveillance video showed her working as a mail clerk. Total cost: $19,000 in fraudulent payments.

Adding insult to supposed injury, nearly all the people the GAO tracked down had gotten a little extra bonus: $250 in federal stimulus money -- intended for disabled people.

The Social Security Administration is supposed to do periodic reviews to see if recipients are still disabled or working, but there's such a backlog of cases the government relies heavily on the honor system. A beneficiary reports his own health as "better," "worse" or "the same."

The head of Social Security, Michael Astrue, wouldn't agree to an interview. Instead of explaining how he's fighting fraud, he criticized the GAO. Last year, he told Congress that the screening tool that detects when someone's gone back to work generates too much information.

"That we can't possibly follow up on 'the leads' that would come from that in any- certainly not in my professional lifetime in the agency," Astrue said on Capitol Hill Aug. 4, 2010.

Still looking for answers, CBS News went to the White House budget office. They wouldn't agree to an interview either.

But they showed CBS News new technology they're trying out to fight fraud at other government agencies. The president's new budget calls for more money to review cases and save hundreds of billions of dollars.

Due to privacy protections, CBS News hasn't been told the ultimate fate of the TSA agent in California. By the time investigators caught up with her, she'd defrauded taxpayers out of $108,000, all while earning $50,000 a year at her federal job, collecting a $250 stimulus check and living large in a house listed for $1.8 million.

Pfizer shot has some protection against Omicron