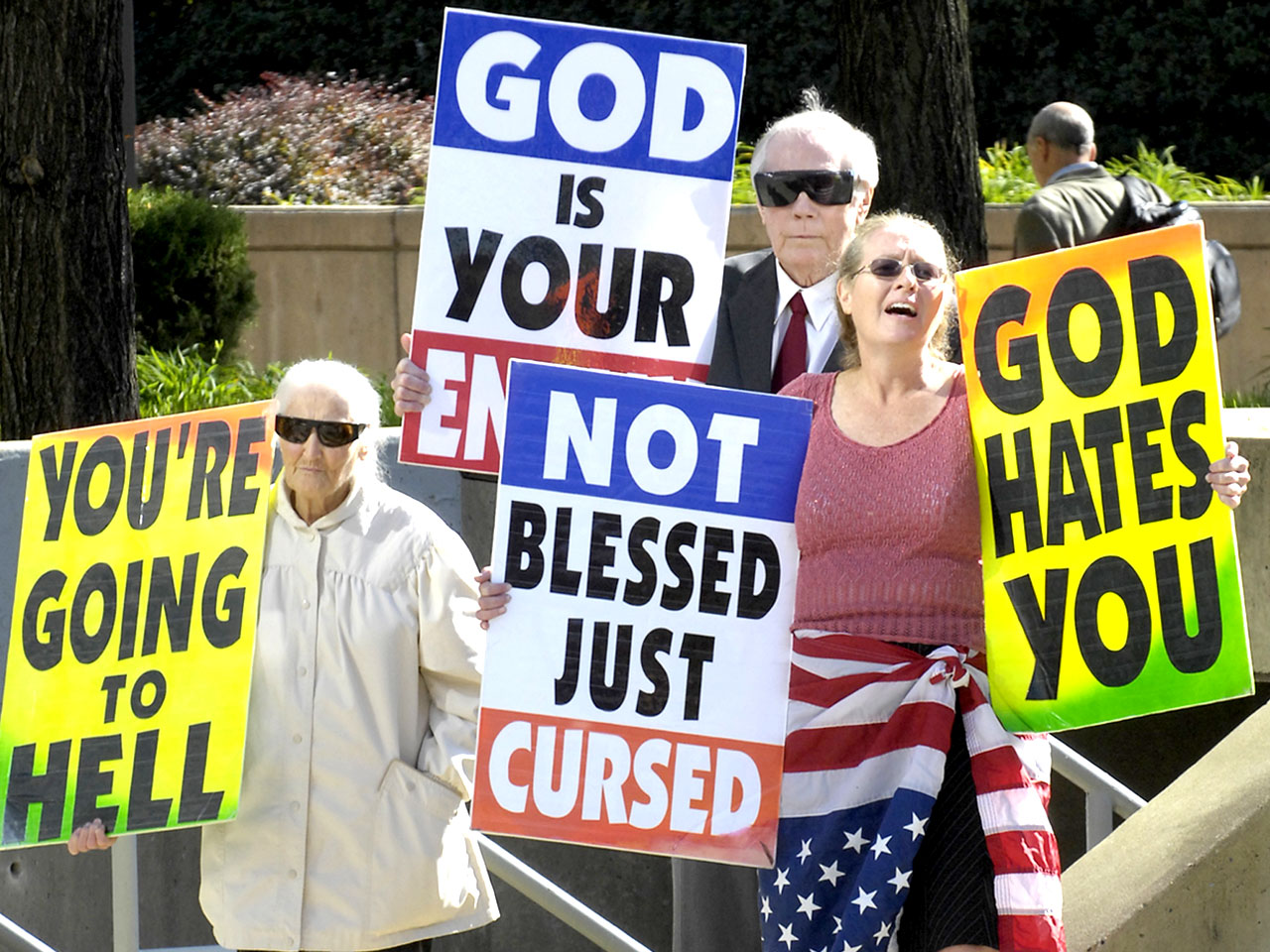 The 8th U.S. Circuit Court of Appeals ruling reverses a previous ruling by a three-judge panel of the court. The panel ruling last year prohibited the St. Louis County town of Manchester, Mo., from enforcing the law it drafted in response to activities by members of Topeka, Kan.-based Westboro Baptist Church.

A lawsuit claiming the Manchester ordinance violated the First Amendment right to free speech was filed by Shirley Phelps-Roper, a Westboro member and daughter of pastor Fred Phelps.

Members of the church frequently protest at funerals of soldiers with signs containing messages like "Thank God for dead soldiers" and "Thank God for 9/11," claiming the deaths are God's punishment for American immorality and tolerance of homosexuality and abortion.

The Manchester ordinance allows for protest activities but with limitations. Among them: Protesters are not allowed within 300 feet of a funeral or burial service while it is occurring and for one hour before and one hour after.

Eighth Circuit Judge Diana Murphy wrote that the ordinance "survives First Amendment scrutiny because it serves a significant government interest, it is narrowly tailored, and it leaves open ample alternative channels for communication."

Judge Lavenski Smith agreed, though he wrote in a concurring opinion that the appeals court "is extending the circumference of what this circuit has previously found constitutes a significant government interest."

Courts around the country have wrestled with city ordinances and state laws aimed at keeping Westboro members away from funerals. Some laws, like a statewide law in Missouri, have been overturned. Others have been upheld.

"We were confident that eventually our ordinance was not in any way unconstitutional or overimposing on a person's right to exercise free speech," Gunn said.

Tony Rothert, an American Civil Liberties Union attorney who represented Phelps-Roper, said a decision about whether to appeal will be made soon.

"We think it's a slippery slope not justified by the First Amendment or Supreme Court precedent," Rothert said. "Ultimately that's probably an issue for the Supreme Court to decide."

Manchester adopted its ordinance in 2007, though Gunn said Westboro members never have protested at a funeral or burial in that community.

Steve Drain, a member and spokesman for Westboro Baptist, said the church will continue to protest at military funerals in spite of the ruling.

"It won't have any impact," Drain said. "We're not interested in breaking any laws, we're interested in preaching the word of God to a doomed nation."