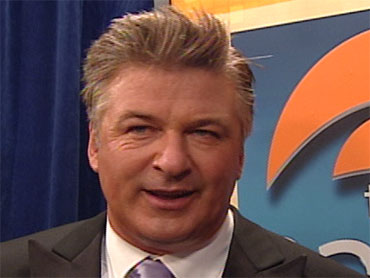 The flu season usually lasts from October to May with peaks in December and January. This year, it got an early start with cases reported in September. In a typical year, 36,000 Americans die from the virus, and researchers worry the toll will be even higher this year.

With fear escalating, people have rushed to be vaccinated, causing shortages of the vaccine in some areas. The country's two manufacturers say they have run out of supplies. FluMist, a more expensive inhaled version of the vaccine, remains widely available, said Jamie Lacey, spokeswoman for the manufacturer, MedImmune Vaccines.

But Dr. Julie Gerberding, director of the Centers for Disease Control and Prevention, told CBS' "The Early Show" vaccine remains available in some areas.

"What I want to emphasize is there is still vaccine out there, and we're doing everything we can to redistribute it so that those people who need it the most can get it," Gerberding said.

For those who have gotten the vaccine, there is partial protection against the reemergence of the A-Fujian-H3N2 strain, part of a class of flu viruses that caused severe outbreaks in the United States in the 1990s, Gerberding said Monday.

This year's vaccine is designed to combat three strains that are somewhat different.

"The vaccine will still provide some protection from this serious strain," Gerberding said. "What is in the vaccine should give some cross-protection," she said.

Gerberding also said indications are that FluMist is "just as effective" against flu as the shots.

For those who do get the flu, doctors no longer recommend carrying camphor or eating cucumbers, as some did in years past. But other traditional palliatives — chicken soup for example — remain popular.

Antiviral medications are available, but their effect is only modest, said Dr. Debra Birnkrant, head of antivirals for the Food and Drug Administration.

There are four drugs on the market to combat flu, but they are only moderately helpful, she said. Birnkrant said even the most effective must be taken within 48 hours of the onset of symptoms, and then the medication shortens the illness' duration only by a day or so.

Tamiflu and Relenza are the brand names of the two most recently approved antiviral drugs for flu, both directed at flu types A and B. The FDA says that Tamiflu can prevent flu if taken beforehand.

Tamiflu also can reduce the chances of complications in persons with the flu, but the drug is underused, contended Dr. Frederick G. Hayden of the University of Virginia.

Hayden, who has served as a consultant to antiviral drug makers, said the product can reduce the chance of lower respiratory infections.

Two older drugs also are on the market, Symmetrel and Flumadine, both of which are directed only at type A flu.

Beyond that, over-the-counter medications including pain relievers, decongestants and antihistamines, can ease symptoms, although they do not treat the virus.