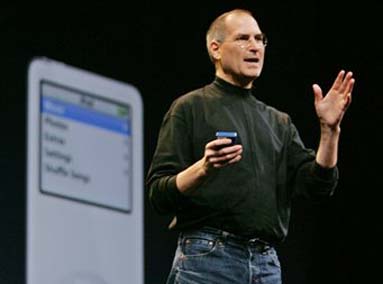 From the movies we watch to the nightly news to reality-based TV, the world looks like a dangerous place.

"Anybody that turns on their local news at night is going to see a bloodbath," says sociologist Barry Glassner. "We can hear statistics that are in reality saying crime is going down and we can hear what's really more dangerous for us, but what we actually see every night on the news -- especially local news -- is just that -- crime bloodbaths."

In fact, in most places crime is way down. In New York, once considered one of the most dangerous cities in the world, crime is down almost 40 percent over the last five years.

Check it out. Times Square, formerly thought of as an epicenter of criminal activity, now looks like Disneyland.

And then there's the safe room, the latest trend in exclusive communities. It's a bulletproof vault in which to hide when the bad guys come.

"Everyone has this, 'Oh, my God, if terrorists come or something like that happens we can hide in here until the police come,' " says Fred Sands of Sands Realty in Los Angeles.

But what are the chances of the bad guys actually coming? To find out, we went to Kroll & Ogara, an international "risk management" firm that protects clients from celebrities to heads of state.

"We're afraid of terrorist bombings or of being the victim of kidnapping in this country," says Kroll & Ogara's Bill Daley. "I mean, looking at the chances of that, they're near zero. Very close to zero. Whereas the chances of getting up in the morning and getting on public transportation, crossing the street to come to and from work, we're more apt to be the victims of happenstance, not from crime but just from being out in the real world."

The truth is that the things that hurt or kill us are not the things we're afraid of. We're afraid of murder and mayhem, but we're much more likely to fall victim to something mundane -- like a car injury while not wearing a seat belt.

Still feeling the need for protection? Just visit one of the hundreds of stores across the country like the Counter Spy shop on the mean streets of Beverly Hills.

Here, security consultant Adam Burke took me through the whole inventory of personal protection products -- everything from stun guns to pepper spray to the newest self protection device.

If it's kidnapping you're concerned about, there's the dollar transmitter -- a transmitting device imbedded in a dollar bill. "In a ransom situation, these are ideal because you can always follow the money," says Burke.

How about a bulletproof spors jacket? Ideal for "people who have been threatened in the past about their lives, who have gotten into business with the wrong people," says Burke. "There's drive-by shootings. Did I know the person who shot me? No."

So the bottom line here is that it's not that likely that any of us will become the victims of the kind of random violence that we really fear. The question is whether any of these things make us feel a little safer and whether that in and of itself is a good investment.