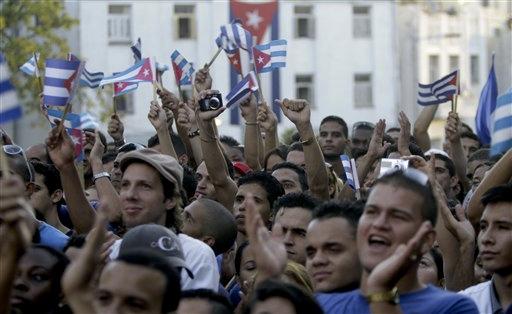 Accusations by Islamic preachers that vaccines are part of an American anti-Islamic plot are threatening efforts to combat a measles epidemic that has killed hundreds of Nigerian children, health workers say.

Government officials play down the anti-vaccine sentiment, but all the measles deaths have been in Nigeria's north, where authorities had to suspend polio immunizations last year after hard-line clerics fanned similar fears of that vaccine.

Nigeria, whose 130 million people make it Africa's most populous nation, has recorded 20,859 measles cases so far this year. At least 589 victims have died, most of them children younger than 5 and all in the north, the Nigerian Red Cross and the U.N. World Health Organization say.

Southern Nigeria, which is mainly Christian, had only 253 measles cases, and no deaths.

Health services are much better in the south. But the anti-vaccination sentiment in the north, evident from interviews with parents, seems to be a factor.

"Since the polio controversy, I have not presented any of my children for immunization because my husband said I should not," said Ramatou Mohammed, who was at Abdullahi Wase Hospital seeking treatment for her baby, Miriam, for a measles rash.

"I heard on the radio that the vaccine was contaminated. I still don't trust any vaccine," the 28-year-old mother of four added.

Her views were echoed by others in the waiting room at the hospital in Kano, which is in the worst-hit state, with nearly 7,000 cases, including 155 deaths, since Jan. 1.

In 2003, Islamic clerics claimed the United States was using polio vaccine to sterilize Muslims or contaminate them with the AIDS virus. They ordered a boycott in messages disseminated from mosques, in radio broadcasts and by door-to-door campaigning.

But three powerful state governors in the north joined the polio boycott, and it dragged on 11 months before authorities persuaded the governors in July to accept vaccine bought from the predominantly Muslim nation of Indonesia.

By then the number of polio cases in Nigeria had risen fivefold, and the crippling disease had spread to nine other African countries where it previously had been eradicated.

Now there are fears the anti-vaccine sentiment could also affect the measles outbreak.

Last year, WHO recorded 24,363 Nigerian measles cases from January to September. That is not many more than this year, and officials say some states have not yet reported cases for March, which is generally the peak of measles season.

A big surge would be a blow to WHO, which had hoped to bring measles under control this year. Across Africa, measles deaths fell from 873,000 in 1999 to just more than 500,000 — or half the global total — in 2003, according to the U.N. health agency's most recent statistics.

Some clerics have added the measles vaccine to their campaign against immunizations.

Nasir Mohammed Nasir, imam of Kano's second-largest mosque, said Americans "can't be killing my brothers and children in Iraq and at the same time claim to want to save my children from polio and other diseases."

"We suspect a sinister motive," he said.

Binta Alkassim, a 30-year-old mother of six whose 2½-year-old daughter just got over measles after treatment at a Kano hospital, said the polio controversy had scared many families away from all vaccinations.

"You can't trust these Americans," she said.

"People have begun to accept immunization, although slowly. It will take some time to get them to accept them completely," she said.

Nasiru Mahmoud, a Ministry of Health official in Kano, said his office had received no reports of resistance to measles immunizations and said the outbreak in Kano could not be called an epidemic.

"We had some cases which our medical personnel have put under control," he said.