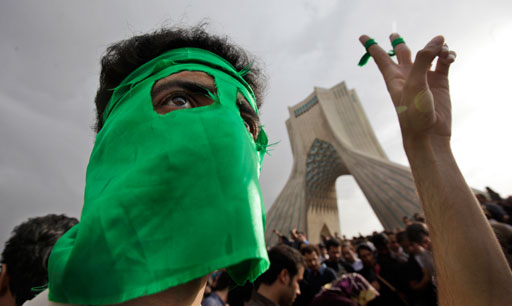 
For nearly nine months law enforcement officials have whined about having to fight the domestic war on terror with one hand tied behind their backs. Now, the Justice Department has done something dramatic to help loosen the ropes. It's given the Federal Bureau of Investigation new (or, more precisely, renewed) surveillance and investigative powers to fight the fight against domestic and international terrorists.

G-men now may monitor Internet sites, libraries, churches and political organizations and gatherings in a way they have not been able to in over 30 years, since the days when J. Edgar Hoover ran the Bureau. And they don't need to be reacting to a crime to do it, either. They can be proactive in trying to prevent future terror attacks. This isn't your father's FBI; it's your grandfather's FBI. But neither your father nor his father had to deal with terrorists in the computerized, globalized, polarized, terrorized world we find ourselves in post-Sept. 11.

Do the new rules make sense? Should we all be fearful of them? Or were you walking around until today thinking the feds could do these sorts of things anyway? The answers are: yes, a little, and probably. Like a lot of other things relating to the aftermath of the Sept. 11 terror attacks, the new Justice Department guidelines will generate complicated and often contradictory results. And like a lot of other things in this new age, we probably won't know for years whether this new strategy by the feds is necessary and appropriate, whether it overreaches, or whether it doesn't do nearly enough at all.

Here's why the rules make sense. Why shouldn't an FBI agent be able to surf the Internet looking for clues about terror cells? You and I could do that if we knew what to look for. And if we found something we could always call our friendly, neighborhood Special-Agent-in-Charge and report what we found. That's what a flight school instructor did last summer when he became suspicious of Zacarias Moussaoui, now the so-called "20th hijacker," who was back then training on simulators in Minnesota. If citizens can search for terrorists, why shouldn't the experts be able to do so? Most of what this does, it seems to me, is eliminate the middleman and increase the odds that the next terror plot will be uncovered before it is too late.

Likewise, if you and I could go into a public venue to sniff around, why shouldn't a law enforcement official be able to do so? These new guidelines don't allow the cops into private places without warrants (that power to some extent was granted several months ago). All they do is open to the police what has always been open to the rest of us. Is that scary in theory or in practice? Law enforcement cameras are almost everywhere these days-- on streets, in malls, in schools. Isn't it reasonable for law enforcement to take the next step and send in an officer to add sound to sight? And don't you think that most people already assumed before Thursday that federal law enforcement officials already had this power?

On the other hand, the guidelines don't merit an entirely gloom-free reception. Tell me one thing the FBI has done since the Oklahoma City bombing investigation which ought to generate confidence in Americans that the bureau will do things right this time? You probably can't. And even the Oklahoma City bombing investigation, in the end, was nearly botched because the investigators misplaced boxes of documents that might have helped a defendant less culpable than Timothy McVeigh.

If civil libertarians are crying foul now-- if they are suspicious of government power run amok-- what precisely has the government done recently to give them comfort that the new rules will be implemented fairly and sensibly? Why shouldn't the American Civil Liberties Union think that the investigators will look for and find incriminating information about people which has absolutely nothing at all to do with terrorism? The proof will be in the pudding but it's hard to blame people for not being willing to give the FBI the benefit of the doubt as to how the guidelines will be implemented.

So the new rules mean completely different things to different people. Even if they make sense on a lot of levels they will probably instill fear into a lot of reasonable people. Even if they may be necessary to fight the 21st Century fight against crime, they bring back awful memories from a generation ago, when the feds abused these powers to such an extent-- FBI files full of newspaper reports and the like-- that Congress had to get involved and put a stop to it.

And, perhaps most importantly, even though the Attorney General announced that the new guidelines would be put into place it doesn't necessary mean that all of them will be able to be used by law enforcement authorities all the time. As it always does when individual liberties are at stake within the meaning of the Constitution, the federal judiciary will likely have the last word on just how far the feds can go in implementing these guidelines. If an agent looking for a terrorist gets wind of a drug deal while hanging out in a mosque, that evidence shouldn't make it into a criminal complaint and if somehow it does a judge likely will toss the case before it goes to a jury. An administrative policy like the one dusted off Thursday doesn't have nearly the heft the Constitution does and few judges will rule otherwise.