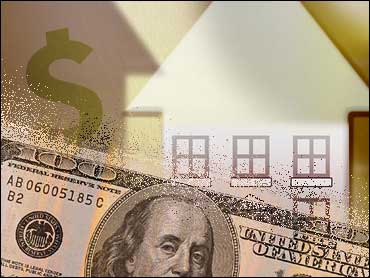 This column was written by Andrew Jakabovics.

"Here should be an objective of Government itself, to provide at least as much assistance to the little fellow as it is now giving to the large banks and corporations."--Franklin D. Roosevelt, April 7, 1932

The burgeoning home-mortgage crisis of 2007 bears an eerie resemblance to financial conditions 75 years ago, when FDR realized that only the U.S. government could forestall a wave of home foreclosures by directly helping "the little fellow." Today, homeowners can only hope that something akin to Roosevelt's New Deal answer to the home-loan crisis of the 1930s--direct lending to homeowners--is embraced by policymakers once again.

Today's "exotic" home loans have a lot in common with most of the loans available for borrowers in the 1920s, which were short-term, non-amortizing (interest-only) loans with a balloon payment due at the end. Because the loans were non-amortizing, no equity was built up in the home with the monthly payments. Homeowners would only build up equity through rising house prices.

The mortgage structure through the Roaring Twenties was predicated on the expectation that a refinancing into a new loan would be available at the time of the balloon payment; and until October 1929, it was. Those same refinancing expectations in the first years of the 21st century led many borrowers to take out loans they simply could not afford from lenders who convinced them home prices would only go up. Some of today's troubled borrowers never understood what would happen to their loans. Many others simply trusted that their lenders would never steer them into a loan they would ultimately be unable to pay.

In 1931, when the first batches of three-year mortgages issued in 1928 and five-year mortgages from 1926 came due, few banks were able or willing to issue new loans, leading to 1.4 percent of all U.S. homeowners losing their homes to foreclosure in a single year. Through the end of the second quarter of 2007, according to data from the Mortgage Bankers Association, 1.23 percent of home mortgages newly entered foreclosure, which could mean that by the end of the year, 1.6 percent of all homeowners may well enter foreclosure proceedings.

Those percentages, then and now, may not seem particularly high, but they mask the destruction of wealth in neighborhoods across the country plagued by a proliferation of foreclosure signs. A middle-class house worth $5,000 in 1926 was worth only $3,300 in 1932. As the historian Kenneth T. Jackson noted, "the victims were often middle-class families who were experiencing impoverishment for the first time." Today, homeowners with wealth in their homes and only a few years left to pay on a traditional mortgage suddenly are faced with the prospect of plummeting home values. The culprit is the glut of homes for sale in their neighborhood made available both by lenders selling off foreclosed properties and by neighbors who are facing a rate reset they can't pay. Loans issued between 2004 and 2006 that are resetting this year have an average 42 percent increase in the monthly payment. A $1,500 mortgage payment will jump to over $2,100, and it may go higher with future resets.

History never repeats itself exactly, yet the sudden credit crunch last month and the general tightening of lending standards could well have effects similar to the banking crisis of the Depression. Homeowners counting on the opportunity to refinance suddenly face a payment they can't make. They find themselves on a slippery slope to delinquency and foreclosure as home values shift beneath their feet.

And the historical analogy to the Great Depression's mortgage crisis is apt in more ways than one. Faced with a widespread threat to homeownership, Roosevelt put forth a bold plan, calling for legislation to protect small homeowners from foreclosure and embracing a national policy to preserve homeownership. He learned from President Hoover's ineffectual 1932 Federal Home Loan Bank Act, which created a credit reserve for lenders and yielded only three approved loans out of 41,000 applications, that the solution was not with the creditors, but with direct assistance to homeowners.

FDR's resulting legislation established the Home Owners' Loan Corporation. The HOLC was authorized to issue new loans to replace the existing liens of homeowners in default. Instead of a short-term, interest-only loan, the HOLC loans would be fully amortizing over 15 years, meaning that when the last payment was made, the borrower owed nothing further to the bank and owned the home free of any debt. HOLC was far more patient with borrowers than the banks could have been, and delinquent loans got individualized attention, including debt counseling, family meetings, and budgeting help.

It is important to recognize that HOLC loans were never considered an entitlement program. Of the nearly 1.9 million applications to HOLC between June 1933 and June 1935, half were withdrawn or rejected. HOLC provided widespread assistance, but homeowners had to demonstrate a determination to meet their financial obligations and a history of doing so.

In order for the HOLC to issue a loan, it needed to pay off the existing liens. This potentially posed a serious problem, as HOLC loans were never to exceed 80 percent of the appraised value of a property, which was often below the outstanding loan balance. The HOLC had to convince the existing lenders to accept those losses. The HOLC was able to succeed because it made lenders an offer they couldn't refuse: A government guarantee of four percent interest in the amount of the new loan, which was worth far more (even at a reduced valuation) than the zero percent they were effectively getting from delinquent loans. Add to that the cost of servicing, foreclosure, and disposition, the decision was a no-brainer.

HOLC actively issued loans for only three years, between 1933 and 1936. It was a short-term entity designed to deal specifically with the problem of widespread foreclosures. After 1936, the HOLC existed as a shell of its former self, servicing existing loans and disposing of the properties it acquired through foreclosure. The HOLC was liquidated in 1951 at a small profit. Despite its short active lifespan, its innovations have had a long-lasting impact, from the government-insured loans offered by HOLC's successor, the Federal Housing Administration, to the long-term, fully amortizing "conforming" loans offered to most home buyers.

That's the kind of leadership needed today. The U.S. home mortgage marketplace of the 21st century resembles the 1930s not at all, yet the expectations of President Bush, financial regulators and some congressional leaders that creditors will rescue borrowers are still misplaced. Most banks and other lenders today only briefly keep the mortgages they make before onselling those loans to Wall Street, which repackages them into mortgage-backed securities for sale to institutional investors worldwide. Unfortunately for most Americans facing delinquency and foreclosure (and their neighbors, who are as susceptible to losing their equity in falling markets), the proposals to help homeowners center on reopening the flow of mortgage funds, be it through an expanded role for the Federal Housing Administration or more latitude for Fannie Mae and Freddie Mac to securitize more and bigger loans.

Expanding the amount of credit available for home loans is not going to be helpful in the short term, as the homeowners who need the most help are unlikely to be deemed creditworthy for refinancing. By directly lending to homeowners, we also circumvent the very real moral hazard of creating incentives for lenders to engage once again in the behaviors that put homeowners at risk. The president and Congress, therefore, must focus on the needs of homeowning neighborhoods and work from there. We have a proud history in this country of directly aiding families at risk of losing their homes through no fault of their own in order to preserve neighborhood wealth created through homeownership; it is time we learned from it.

Economists estimate that each foreclosure within an eighth of a mile corresponds to a 0.9 percent decrease in house value. Neighborhoods with high rates of vacant properties attract violent crime and are more prone to fires, both of which threaten neighborhood stability and significantly drain municipal resources. Given that many of the homes most at risk of foreclosure are concentrated in less expensive neighborhoods, the threat of eroding the wealth of low- and middle-income families is quite real.

Moreover, as the threat of eroding house prices looms larger, a neighborhood's downward spiral can be hastened by panicked homeowners willing to take any offer before their house becomes nearly worthless. By providing direct assistance to homeowners through a government entity modeled on the HOLC but with the ability to negotiate the complexities of the present securitization process, we can eliminate the panic and stabilize neighborhoods in addition to helping individual homeowners.

Most of the time, financial marketplaces efficiently intermediate between home loan borrowers, lenders and investors, but sometimes preserving neighborhood wealth requires an old-fashioned solution. That time may well be at hand.

By Andrew Jakabovics
If you like this article, go to www.tnr.com, which breaks down today's top stories and offers nearly 100 years of news, opinion and analysis