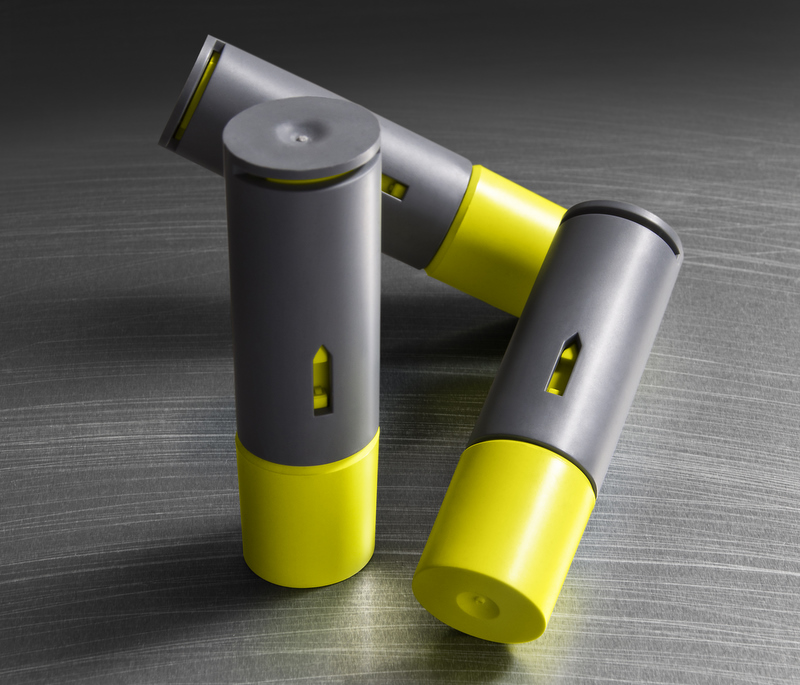 (CBS News) AeroShot caffeine inhalers deliver "airborne energy," according to its makers, by providing a caffeine boost on-the-go when users breathe in a dissolved fine powder from the lipstick-sized canister.

But the FDA sent a warning letter to Aeroshot's maker, Breathable Foods, on Monday that says claims such as "breathable energy" or "inhalable caffeine" are false or misleading statements, since the product is technically a dietary supplement and as such should be ingested.

"Your labeling is false and misleading because your product cannot be intended for both inhalation and ingestion," Michael W. Roosevelt, FDA's acting director in the office of compliance, said in the letter.

The FDA says the physiology of the throat's epiglottis -- the flap that folds when someone swallows food to prevent food going down the windpipe -- makes it impossible to have a product that's both inhalable and digestible anyway. The "mislabeling" as an inhalable product also raises safety concerns, Roosevelt wrote, because consumers may attempt to inhale the product, causing it to enter the lungs. That worries the FDA because there is little safety data on inhaling caffeine.

AeroShot inhalers are currently sold in New York, Massachusetts, and France. A single, $2.99 grey-and-yellow plastic canister contains B vitamins, plus 100 milligrams of caffeine powder, about the equivalent of the caffeine in a large cup of coffee.

Democratic U.S. Sen. Charles Schumer of New York had pressed the FDA in December to review AeroShot, saying he fears it will be used as a club drug that allows people to stay up all night drinking, HealthPop reported.

Last month, Dr. David Edwards, a biomedical engineering professor at Harvard who helped create the product, told the Associated Press that Schumer's concerns were understandable given recent events regarding caffeine-laced alcoholic energy drinks that were dubbed "blackouts in a can." Edwards however said AeroShot is not targeting adults under 18 and it safely delivers caffeine into the mouth, just like coffee.

The FDA also took issue there in its letter, saying the label on the bottle says the product is "not intended for people under 12."

"In light of your statements that AeroShot is "not intended for people under 12" and is "not recommended for those under 18 years of age," we question why your website states that your product is designed to be used when "(h)itting the books" and "study(ing) in the library." These activities are commonly performed by children and adolescents," the FDA says.

The agency also wants to see all the studies Aeroshot mentions that touts inhalable caffeine's safety. Aeroshot has 15 days to respond in writing to the letter and outline steps to alleviate FDA's concerns.

In a statement on its website, Tom Hadfield, CEO of Breathable Foods, said, "We plan to work closely with the FDA to meet their requests for information and labeling changes to ensure compliance with dietary supplement requirements. AeroShot delivers a mix of B vitamins and caffeine to the mouth for ingestion and is not 'inhaled' into the lungs. AeroShot is not recommended or marketed to persons under 18 or for use with alcohol."