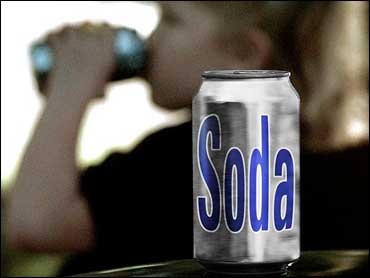 A government analysis of more than 100 soft drinks and other beverages turned up five with levels of cancer-causing benzene that exceed federal drinking-water standards, the Food and Drug Administration said Friday.

The companies that make the drinks have been alerted and either have reformulated their products or plan to do so, the FDA said. Government health officials maintain there is no safety concern, an opinion not shared by at least one environmental group.

The presence of those ingredients doesn't mean benzene is present. Scientists say factors such as heat or light exposure can trigger a reaction that forms benzene in the beverages.

Teena Massingill, manager of corporate public affairs for Safeway, said the company reformulated the drink before the FDA even contacted it.

"We looked at our own product and determined there was reformulation needed on the diet orange soda," Massingill said. "We're quite clear that there is no benzene issue any longer."

Messages left seeking comment with representatives for Giant Food and Cadbury Schweppes Americas Beverages, the maker of Crush, were not immediately returned.

"This is likely an occasional exposure, it's not a chronic exposure. Obviously, no benzene is something someone wants to have, but the amount of benzene you are getting in a soda is very, very small compared to what you're being exposed to every day from environmental sources," Tarantino said.

However, a spokesman for Environmental Working Group — which has accused the FDA of suppressing information about benzene in soft drinks — saw the results as a problem.

"FDA's test results confirm that there is a serious problem with benzene in soda and juices," said Richard Wiles, senior vice president at Environmental Working Group.

Tarantino said the FDA continued to study how benzene forms, including the role heat plays, and ways of preventing it. The agency plans to continue testing store-bought drinks as well, she added.

A spokesman for the American Beverage Association said the report showed there was no health concern.

"But industry is working diligently to minimize the potential for the formation of benzene to the greatest extent possible. We are trying to push it down to as close as zero as we can get," spokesman Kevin Keane said.