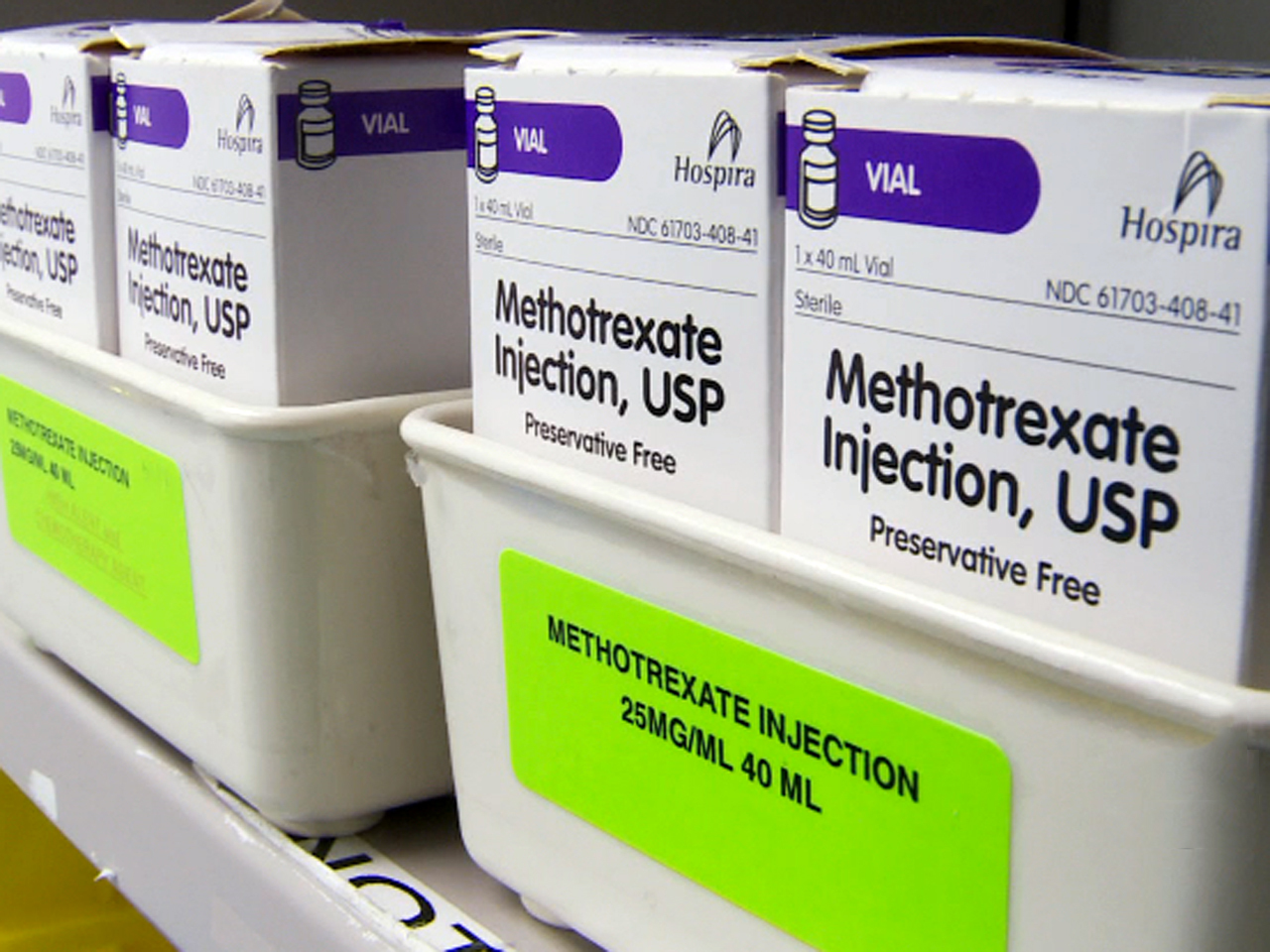 (CBS/AP) The federal government is stepping in to help ease the shortage of two life-saving cancer drugs, Doxil and methotrexate, regulators announced Tuesday.

The FDA said it will temporarily allow importation of a replacement drug for Doxil, a drug for ovarian and other cancers that hasn't been available for new patients for months.

The agency also approved another supplier for a preservative-free version of methotrexate, a crucial drug for children with a type of leukemia calledacute lymphoblastic leukemia and for high-dose treatment of bone cancer. The version with preservatives can be toxic or cause paralysis in children and other patients getting the drug high doses.

The FDA also has approved the release of a batch manufactured by Ben Venue Laboratories Inc., shortly before it closed several factories and its complex in Bedford, Ohio, possibly for a year, due to serious quality problems. That closing is what turned the on-again, off-again methotrexate shortage that began in late 2008 into a crisis almost overnight, with fears that patients would begin missing treatments as soon as the end of this month.

"Children will die because they can't get methotrexate," Dr. Jon Maris, chief of oncology at the Children's Hospital of Philadelphia, told CBS medical correspondent Dr. Jon LaPook at the time. Maris' hospital had only a two month supply of the drug, while children typically need three years of treatment.

"Unless something dramatic changes in the next few weeks, myself and other physicians and nurses on this very unit are going to need to look parents in the eye and say we don't have methotrexate, we're going to do something else, but it's not going to be as good, and I'm sorry."

Now the FDA has stepped in. The FDA increasingly has been able to prevent drug shortages by getting advance notice from manufacturers, with 195 shortages prevented in 2011, mostly late in the year after President Obama issued an executive order giving FDA additional powers to address the shortages. Still, about 280 drugs are in short supply.

"A drug shortage can be a frightening prospect for patients," FDA Dr. Commissioner Margaret A. Hamburg said in a statement. "Through the collaborative work of FDA, industry and other stakeholders, patients and families waiting for these products or anxious about their availability should now be able to get the medication they need."

Drug shortages have increased dramatically in the U.S. over the past six years, particularly for generic injected drugs, which are the workhorses of hospitals but are difficult to make and produce little profit for drugmakers.

The shortages are caused primarily by problems with sterility and other serious issues that have led to shutdowns of production lines and occasionally entire factories. In addition, consolidation among generic drug manufacturers, as well as manufacturers deciding to end production of marginally profitable drugs, has led to decreased capacity. That means when one manufacturer suddenly stops production, the small number of others making a drug can't quickly pick up slack.

The inability to get crucial medicines has disrupted not only carefully timed chemotherapy regimens, but surgery and care for patients with infections, pain and other serious conditions. At least 15 deaths since 2010 have been blamed on the shortages, which have set a record high in each of the last five years.

Of late, the cancer drug shortages have attracted the most attention, partly because missing multiple treatments can sharply reduce the chances of curing the disease. In the case of methotrexate, its use as part of the treatment for acute lymphoblastic lymphoma results in nearly 90 percent of children being cured, so parents and doctors were particularly upset at the prospect of it not being available.

The FDA said Tuesday it has temporarily approved importing an alternative to Doxil called Lipodox, made by Sun Pharma Global FZE. It's also given approval to APP Pharmaceuticals to begin making a preservative-free version of methotrexate in addition to its current drug that includes preservatives.

The agency will discuss details of its efforts on the two cancer drugs at a noon news conference.