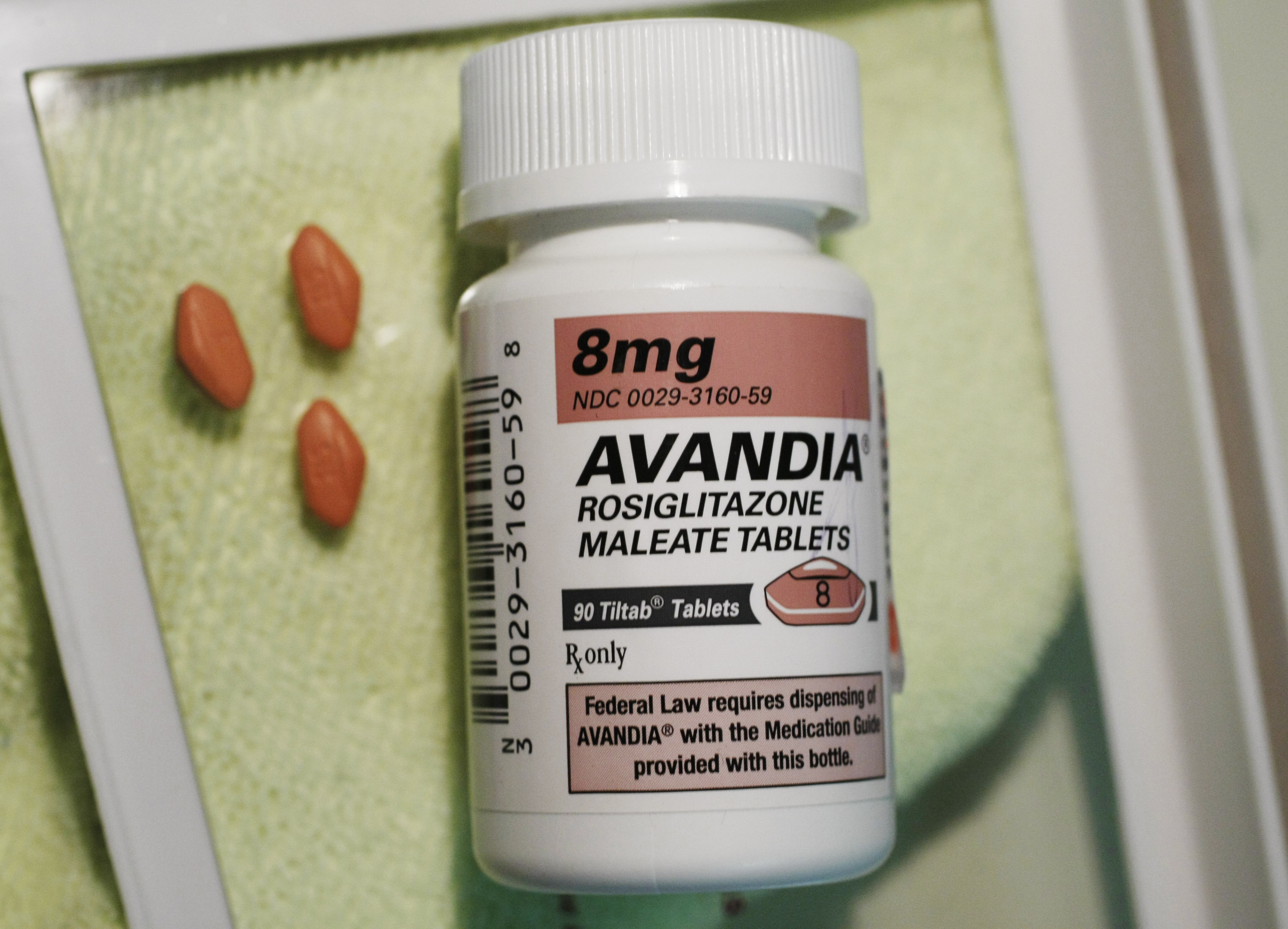 The repeal means patients will no longer have to enroll in a special registry to be eligible to receive the drug. Additionally, the drug will be available at most pharmacies, whereas it was previously limited to certain registered pharmacies. Those safety restrictions and others were put in place in 2010, severely curbing U.S. prescriptions for the GlaxoSmithKline drug.

Monday's ruling is a belated victory for the British drugmaker, which has spent more than a half-decade defending the safety of Avandia, once the best-selling diabetes drug in the world. Sales began plummeting in 2007 after researchers first raised questions about possible links to heart attacks. After three years of debate, the FDA limited access to the drug in 2010.

But FDA regulators said Monday a more recent analysis of a key Avandia study shows that the drug's heart risks are no greater than other diabetes drugs.

"Given these new results, our level of concern is considerably reduced," said FDA drug center director Dr. Janet Woodcock, in a statement.

The announcement also represents a vindication of sorts for FDA leadership, including Woodcock, who only agreed to put restrictions on the pill after years of pressure from outside researchers, safety advocates and several members of Congress.

Dr. Steven Nissen of the Cleveland Clinic, whose research first raised concerns about Avandia, said the announcement "is about the FDA's effort to save face."

"This is about appearances, not changing medical practice," said Nissen, who chairs the Cleveland Clinic's department of cardiology. "A single reanalysis of a trial does not exonerate a drug where all the other data point to increased cardiovascular risks." He added that he doesn't expect doctors to return to prescribing the drug, considering how many newer diabetes drugs are now available.

“The decision by the FDA is irrelevant in clinical practice,” Dr. Ronald Tamler, clinical director of the Mount Sinai Diabetes Center in New York City, said in an email to CBSNews.com.

“Patients have been reading about increased risk of cardiovascular events with (Avandia) since 2007 and will not abandon their concerns overnight, despite the FDA decision,” he added.

Nissen drew attention to Avandia's safety in a 2007 study pooling thousands of reports of heart attack and stroke from dozens of unrelated studies involving the drug. His so-called meta-analysis combined 42 studies and showed a higher risk of heart attack among patients taking Avandia compared to other diabetes drugs.

The FDA eventually agreed to restrict use of the drug, while noting the shortcomings of the analysis that first raised the concern. FDA policy generally holds that mixing data from multiple studies can lead to misleading trends and conclusions.

That focused the agency's attention on a study known as RECORD, the only trial to specifically compare heart attack rates in patients taking Avandia versus other standard drug treatments for diabetics.

Under instructions from the FDA, Glaxo hired Duke University to reanalyze the RECORD study, reviewing each report of heart attack or stroke at a patient-by-patient level. Duke's findings, released last year, matched Glaxo's initial conclusion on the study: Avandia did not appear to increase the risk of heart attack compared to standard treatments.

Last June a panel of outside experts voted to recommend easing the safety restrictions on Avandia. The FDA is not required to follow the guidance of those experts, though it often does.


In 2012 Glaxo pleaded guilty to failing to report safety problems with Avandia to government officials over a seven-year period. The guilty plea was part of a larger $3 billion settlement with the Department of Justice for various criminal and civil violations involving 10 of the company's drugs.

“GSK welcomes the decision of the FDA and appreciates the Agency's robust review of the science with regard to Avandia.  GSK maintains its view that Avandia is a safe and effective treatment for Type 2 diabetes when used appropriately,” the company said in an emailed statement.