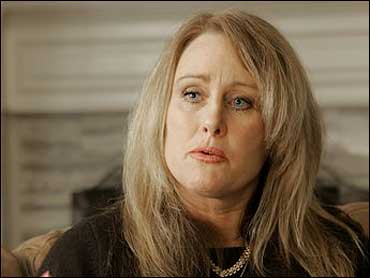 Federal officials are investigating a business that produces batches of ready-made embryos and lets prospective parents select them based on the donors' looks, ethnicity, education and other factors.

A consumer safety officer from the Food and Drug Administration was at Jennalee Ryan's house Friday during an Associated Press interview with the woman who runs the Abraham Center of Life. The officer would not comment.

An FDA spokeswoman in Dallas confirmed that the agency is investigating but would not elaborate. It was unclear what laws or regulations were the focus of the investigation.

Ryan's service involves a New York physician who uses donated eggs and sperm to create embryos that can be bought for $5,000 a pair. Ryan said she allows customers to choose embryos after reviewing the donors' characteristics, including their ethnic and educational background and, in some cases, their photos.

"Who wants an ugly, stupid kid?" she said.

At Ryan's business, sperm donors must have doctorates; egg donors must be young, intelligent and attractive. Egg donors are paid $3,500 by the recipient family but may be paid extra if they have "earned a postgraduate degree; have a unique skill, characteristic or trait," her Web site said. The sperm, which she said cost about $400 per vial, comes from sperm banks. Only one or two women so far have contributed eggs to Ryan's project.

Ryan, who runs the business out of her home in a well-to-do section San Antonio, offers already-made embryos, meaning clients cannot customize their choices by eye or hair color. Parents-to-be must choose from what Ryan has put together.

"Anybody off the street can walk into a clinic and do exactly what I'm doing. They can hire an egg donor, they can hire a sperm donor, and they can create embryos," she said. "The problem is because I took the egg and the sperm and put them together. Now all of a sudden it's Pandora's box."

Ryan said she started the center last summer but does not hope to profit from it and said she hasn't so far.

"People say, `Well, is this ethical to do what you do? Is it moral to do what you do?'" Ryan said. "Is it ethical or moral not to do it when I have the means and ability to do it? Knowing that I can, should I continue listening to women lament that can't have children?"