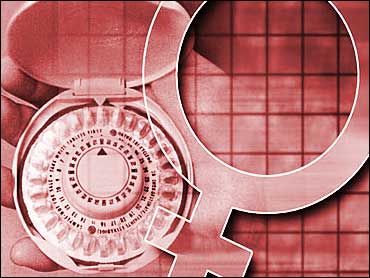 The morning-after contraception pill known as Plan B reached a regulatory milepost Tuesday with still no word from the Food and Drug Administration whether it will be sold without a prescription.

Tuesday marked the end of 60 days of public comment sought by the agency after it delayed a final decision whether to approve over-the-counter sales despite substantial agreement among agency scientists that the pill was safe and effective. An FDA spokeswoman said that as of Monday, the agency had received 2,268 comments, but she said they had not been analyzed yet.

"We will review the public comments as soon as practicable and, taking those comments into account, decide how to proceed," spokeswoman Julie Zawisza said in an e-mail.

Proponents of Plan B used the occasion to urge the FDA to rule on over-the-counter sales.

"It's time for the FDA to stop dragging its feet and make this decision," said Sen. Hillary Rodham Clinton, D-N.Y. "This has gone on for two years. They have all the evidence they need."

Plan B is opposed by some social conservatives who say it will encourage teen sex. Contraceptive advocates and doctors' groups say easier access could halve the nation's 3 million annual unintended pregnancies. FDA's scientists say the pills are safe, used by more than 2.4 million Americans and millions more women abroad with few side effects.

The drug, manufactured by Barr Pharmaceuticals, is a high dose of regular birth control that, taken within 72 hours of unprotected sex, can lower the risk of pregnancy by up to 89 percent. If a woman already is pregnant, the pills have no effect.

They are only available by prescription in most states, making them more difficult to obtain in an emergency and by women without health insurance.

In August, the FDA announced it was putting off the decision for over-the-counter sales to figure out how to enforce an age limit and allow nonprescription sales only to women 17 and over. The agency also submitted the question to a lengthy rulemaking process, an unusual step that proponents criticized as a delaying tactic.

Clinton and Sen. Patty Murray, D-Washington, on Tuesday submitted a petition to the FDA's acting chief, Dr. Andrew von Eschenbach, calling the agency's inaction "virtually unprecedented." It was signed by more than 9,800 supporters.

"The FDA should make their decision based on science and efficacy, not on public pressure," Murray said. "Now is the time for him (von Eschenbach) to make a statement about his leadership at the FDA."