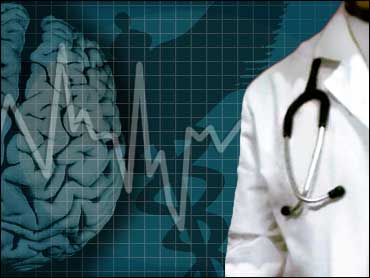 A multiple sclerosis drug pulled from the market last year because of a rare but life-threatening side effect will return under a restricted distribution program, health officials said Monday.

The Food and Drug Administration said it will let Biogen Idec Inc. and Elan Corp. PLC resume selling Tysabri under a requirement that doctors, pharmacies and patients register with a program designed to ensure the safe use of the drug.

Only one other prescription drug, the irritable bowel treatment Lotronex, has ever returned to the market after being pulled because of dangerous side effects.

The FDA said Tysabri is to be used alone in patients who did not respond "adequately" to — or cannot tolerate — other MS drugs. Previously, some doctors prescribed it with Avonex, also made by Biogen Idec.

Researchers have estimated as many as one in every 1,000 Tysabri users might fall prey to the JC virus that causes PML.

"We expect, yes, that there will be other cases and, yes, there will be additional deaths. This is balanced against the significant benefit we believe the drug confers," said Dr. Russell Katz of the FDA's Center for Drug Evaluation and Research.

The drug's label will bear a severe "black-box" warning of the risk of PML, which also occurs in other drugs that suppress the immune system.

MS patients supported the return of Tysabri (pronounced ty-SAH-bree), despite its risks.

"The benefits, No. 1, are worth it. No. 2, I am not afraid of dying, I am afraid of living with the disease and being a burden to my family," said Barbara Crooks, 48. The retired magnetic resonance imaging technologist from Irwin, Pa. took the drug for three months before its withdrawal.

Elan and Biogen Idec said Tysabri could be available as early as July, following an FDA review of elements of the risk-management plan for the drug. Its price hasn't been set.

The once-a-month intravenous drug is meant to treat patients with relapsing MS to reduce the frequency of flare-ups, which can complicate walking and seeing.

In February, the FDA allowed a clinical trial of Tysabri to continue, once it determined there had been no further cases of PML.

In March, FDA advisers recommended that the agency allow Tysabri sales to resume, with restrictions. At the time, dozens of tearful MS patients pleaded with the advisory panel to let them choose for themselves whether to take Tysabri.

James Blog, 48, a Huntington, N.Y. consultant, took Tysabri for 18 months, until the needle was literally pulled from his arm after the drug's withdrawal was announced while he underwent an infusion. Blog didn't know whether he'd drop Avonex for Tysabri.

"I am worried about it. I think if I go back on, I am taking X number of risks, which is why I want to see what precautions they'll take to protect patients," Blog said.

Recently published studies found Tysabri alone or with standard interferon treatment cut the rate of relapse in MS patients by as much as two-thirds after two years and reduced the number of people whose MS got worse. The drug appears to work by blocking destructive immune cells leaving the bloodstream and entering the brain, where they can inflame and damage nerves.

Beyond PML, for which there is no cure, Tysabri's side effects include allergic reactions and an increased risk of unusual or serious infections, according to the FDA.

"Certainly the business of weighing the relative risks and benefits will lead to different conclusions for different people with MS," said Dr. John Richert, vice president for research and clinical programs at the National Multiple Sclerosis Society.

The registry program will require patients to undergo magnetic resonance imaging, or MRI, before starting treatment to help doctors differentiate between future MS symptoms and signs of PML. Patients also will have to undergo evaluations three and six months after they start taking the drug, and every six months following that, the FDA said.

"We have said there will be a slow uptake initially as we roll out the risk map and train sites to manage it, but we believe there is a very significant demand," Adelman said.

Multiple sclerosis affects about 350,000 Americans. Its cause is unknown and there is no cure.