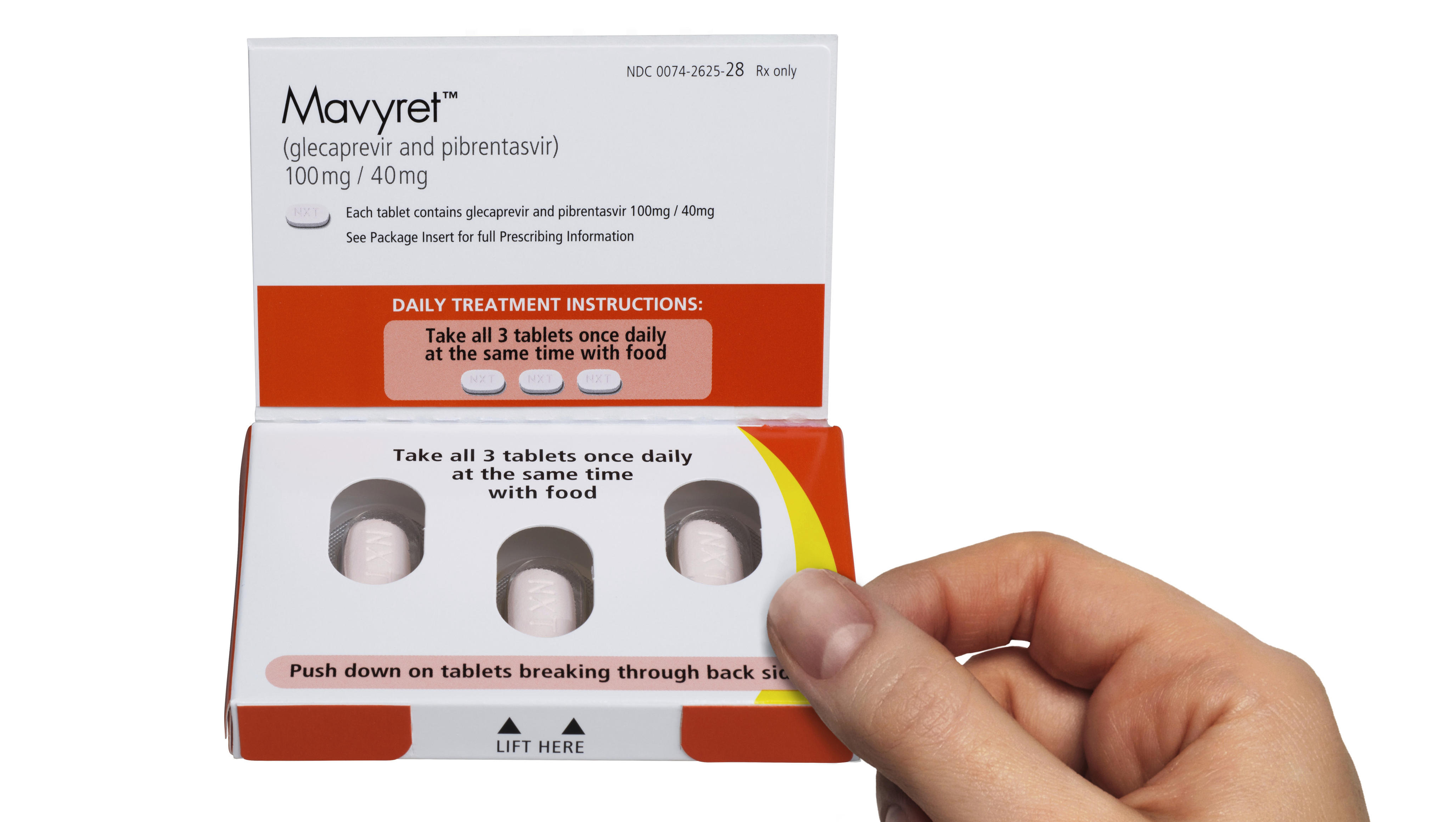 U.S. regulators have approved the first drug to treat all forms of hepatitis C in as little as eight weeks.

The pill combination from AbbVie Inc. was approved Thursday by the Food and Drug Administration for adults without significant cirrhosis, a type of liver disease, and many patients who were not cured by prior treatment.

Mavyret joins two other AbbVie hepatitis C drugs, one from Merck & Co. and four from Gilead Sciences Inc. on the market. That gives doctors and patients more options, and insurers more leverage to wring discounts out of companies to cover the pricey drugs.

An estimated 2.7 million to 3.9 million Americans have hepatitis C, according to the Centers for Disease Control and Prevention. It usually develops slowly over decades, with no symptoms until serious damage is done. Without treatment, the virus can cause liver failure and liver cancer, often requiring a liver transplant or resulting in death.

For decades, hepatitis C treatment required a year of grueling shots and pills that gave patients flu-like symptoms and still barely cured half of them. Starting late in 2013, Gilead revolutionized treatment with the first pill-only medicines that brought cures in 12 weeks for more than 90 percent of patients.

Gilead has been raking in billions on the drugs. Insurance plans and government health programs have been straining to cover the huge cost — up to $94,500 for a course of treatment with its second drug, Harvoni — and initially limited coverage to the sickest patients.

As the latest entrant in a competitive market in which commercial insurers mostly have deals giving them discounts of up to 50 percent in exchange for not covering rivals' hepatitis C drugs, Maryvet is priced well below the other approved drugs. AbbVie spokesman Morry Smulevitz said the company initially will focus on getting coverage approved by Medicare, Medicaid and the Veterans Administration.

The key to how much market share Maryvet can get will depend on the discounts it offers payers, Evercore ISI analyst Umer Raffat wrote to investors.

Mavyret is the latest drug to treat all six forms of hepatitis C, following Gilead's Epclusa. Earlier drugs generally are limited to patients with just one or a few hepatitis C types or at certain stages of the disease.

In testing that included 2,300 adult patients, 97.5 percent who didn't have cirrhosis were cured, meaning the virus was undetectable in their blood, in eight weeks after taking Mavyret. Among patients with severe kidney damage, 98 percent were cured after 12 weeks of treatment, according to AbbVie.

Maryvet combines two hepatitis C medicines, glecaprevir and pibrentasvir, taken as three pills together once a day. The most common side effects were nausea, headache, fatigue and itchy skin. In patients who previously had hepatitis B infections, treatment with Maryvet can reactivate that virus, causing potentially fatal liver problems.