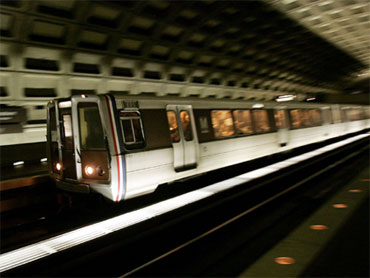 The FBI learned last January that a Pakistani-born man arrested in the DC subway-bomb sting was trying to make contact with terrorist groups to help him participate in jihad against U.S. forces overseas, according to a court record.

FBI agent Charles A. Davoub said in an affidavit unsealed Thursday that Farooque Ahmed, 34, of Ashburn, Va., and an unnamed associate hoped to fight in Afghanistan or Pakistan early next year.

Davoub also said the FBI subsequently learned that Ahmed either bought, or tried to buy, weapons in May 2008 and February 2009 and is believed to have used firearms to train for his goal of traveling to Afghanistan to kill Americans.

Ahmed was arrested Wednesday and accused of casing Washington-area subway stations in what he thought was an al Qaeda plot to bomb and kill commuters. Davoub said Ahmed, a naturalized citizen, has lived in this country since 1993.

It was the latest alleged example of homegrown terrorism in the U.S., following several similar plots. But the pre-election terror scare appeared to be heavily directed by FBI informants.

The bombing plot was a ruse begun in mid-April, the FBI said, but Ahmed readily handed over video of northern Virginia subway stations, suggested using rolling suitcases rather than backpacks to kill as many people as possible and offered to donate money to al Qaeda's cause overseas.

But the FBI and White House have said that the public was never in danger because FBI agents had Ahmed under tight surveillance before the bomb plot sting was begun and until his arrest. Combined with the absence of any arrest so far of an Ahmed associate, this assurance raised the possibility that the unnamed associate may have been cooperating with the FBI, but Justice Department spokesman Dean Boyd declined to discuss the associate. Boyd wouldn't say whether other arrests were possible or not.

Davoub's 17-page affidavit, submitted to support a search warrant application, details the meetings between Ahmed and individuals he believed were al Qaeda operatives and the activities he undertook in support of the fake plot. The people posing as al Qaeda members were really working for the government, according to a federal law enforcement official.

From April to October, court papers say, Ahmed met repeatedly with the undercover FBI agents and cooperating sources who he thought were members of al Qaeda. He allegedly planned to launch a multi-pronged bombing attack against Metro trains during the evening rush hour near the Pentagon, when he believed the trains would be loaded with military personnel, reports CBS News correspondent Bob Orr.

The affidavit says Ahmed hoped to kill Americans and expected to die a martyr.

Ahmed was lured by an e-mail to the first meeting detailed, on April 18, in the lobby of a hotel near Washington-Dulles International Airport, Davoub wrote. As the FBI secretly videotaped the encounter, Ahmed accepted a Koran that contained "documents providing code words for locations to be use for future meeting," the affidavit said.

Ahmed told a purported al Qaeda operative he had come to the meeting because "he wanted to fight and kill Americans in Afghanistan," Davoub wrote.

According to Davoub, Ahmed said he was willing to be a martyr and hoped to participate in jihad - or holy war - in Afghanistan or Pakistan in January, 2011. But first he wanted to attend the Hajj, a religious pilgrimage to the holy city of Mecca, Saudi Arabia., later this year.

"Ahmed told both Operative-1 and Operative-2 he was attending Hajj this year and that they should all go in order to complete the five pillars of Islam before making the 'top mark' - by which I believe Ahmed mean 'becoming a martyr'," Dayoub wrote.

Ahmad told the operatives he had trained with various firearms to prepare for jihad, studied martial arts for four years, learned knife and disarming techniques and could teach these skills to others and purchase additional firearms, Davoub wrote.

The agents who searched Ahmed's suburban townhouse Wednesday were looking for computers, associated equipment, software and instruction manuals for the equipment, according to Davoub's warrant application. They also applied to seize Ahmed's 2005 Honda Accord and all assets in his bank account.

According to the indictment:

• Ahmed took video of four northern Virginia subway stations - Arlington Cemetery, Courthouse, Pentagon City and Crystal City, which is near the Pentagon - and monitored security at a hotel in the District of Columbia. In a series of meetings at hotels in northern Virginia, Ahmed provided the videos to someone he believed was part of a terrorist organization and said he wanted to donate $10,000 to help the overseas fight and collect donations in a way "that would not raise red flags."

• In a Sept. 28 meeting in a Herndon, Va., hotel, Ahmed suggested that terror operatives use rolling suitcases instead of backpacks to blow up the subway. During that same meeting, Ahmed said he wanted to kill as many military personnel as possible and suggested an additional attack on a Crystal City subway station.

Ahmed is merely the latest alleged example of homegrown terrorism and FBI stings directed at the problem.

Last week, a Hawaii man was arrested and accused of making false statements to the FBI about his plans to attend terrorist training in Pakistan. In August, a Virginia man was caught trying to leave the country to go fight with an al Qaeda-affiliated group in Somalia. And in May, Faisal Shazhad, a naturalized citizen from Pakistan, tried to set off a car bomb at a bustling street corner in New York.

The FBI has made several cases with agents working undercover: Last year, authorities arrested a Jordanian national after he tried to detonate what he thought was a bomb outside a Dallas skyscraper. In an unrelated case, authorities in Springfield, Ill., arrested a man after he tried to set off what he thought were explosives in a van outside a federal courthouse. In both cases, decoy devices were provided to the men by FBI agents posing as al Qaeda operatives.

The FBI stressed that in the latest case, the public never was in danger. FBI agents were monitoring Ahmed's activities throughout the sting, the agency said.

Ahmed said he wanted to put bombs on the trains at rush hour specifically hoping to target large numbers of military personnel, reports CBS News correspondent Bob Orr. But he also had no connections to terrorists overseas and was monitored by the FBI from very early in the development of the plot.

One source told Orr that Ahmed never met with anyone during the sting that the FBI didn't know.

A LinkedIn page that was created for Farooque Ahmed identifies him as a network planning engineer with a bachelor's degree in computer science from the City College of New York in 2003, during the same period that other records showed he had been living in New York. In Reston, Va., Ericsson Federal Inc. issued a statement confirming that Ahmed had done contract work for the company.

A check of legal records for Ahmed found several traffic offenses in Virginia, including speeding.

Neighbor Margaret Petney said Ahmed moved in about a year and a half ago with his wife and young child, and that they wore traditional Muslim clothing.

Ahmed's wife, Sahar, joined the Hip Muslim Moms, a support group for women with children under 5 years old, and brought her young son to play dates with other mothers, said group organizer Esraa Bani. She had moved to the area and was looking for a mothers group when she joined. She was very quiet and kept to herself.

Petney observed that "they didn't seem to be too friendly with anybody."