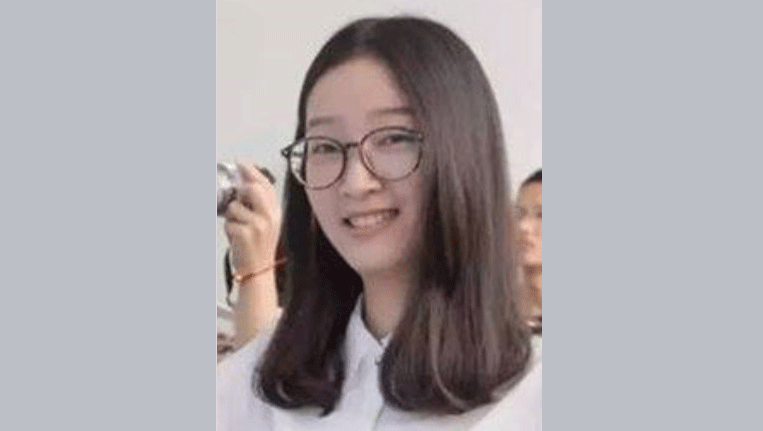 URBANA, Ill. - The FBI says the search for a visiting Chinese scholar missing from the University of Illinois is a national priority for the agency.

Holloway says updates are being regularly sent to the office of the FBI's acting director and U.S. field offices.

Zhang was last seen on a surveillance video getting into a black Saturn Astra in Urbana on the afternoon of June 9. Police have labeled the case a kidnapping but haven't ruled out other scenarios. According to the FBI, the driver of the vehicle appeared to be a white male who circled the area "prior to making contact with Zhang."

Earlier Thursday, Zhang's father Ronggao Zhang made an emotional appeal for his daughter's safe return in an interview with The (Champaign) News-Gazette.

Ronggao Zhang, who arrived in central Illinois from China Saturday, spoke to the newspaper through a translator. Yingying Zhang's aunt, Liqin Ye, also traveled from China and wiped away tears as the father spoke.

"Ying, be strong. Dad is waiting for you here," Ronggao Zhang said, addressing his daughter directly. "I hope that being a good person you will be safe forever."

Yingying Zhang, whose father has worked in China as a driver, aspired to become a university professor in part to help her family, friend Yige Yang told the newspaper. She arrived at U of I in April and is in the natural resources and environmental sciences department.

The father, the aunt and Yingying Zhang's boyfriend, Xiaolin Hou, are staying in university housing as the search continues.

Hou expressed concern about the pace of the investigation, telling the newspaper, "We're hoping to learn about the progress of the case."

Representatives from University of Illinois police and a campus counseling center were scheduled to meet with students to discuss the search for Yingying Zhang — though police said they wouldn't divulge details of the ongoing investigation.

Police Chief Jeff Christensen said in a Wednesday statement that investigators "continue to make progress" and "will not give up" until Zhang is found. He said specifics about the investigation wouldn't be shared "in order to maintain its integrity and direction."

Ronggao Zhang said the family intended to stay in the United States as long as needed, adding, "We're not leaving without her."