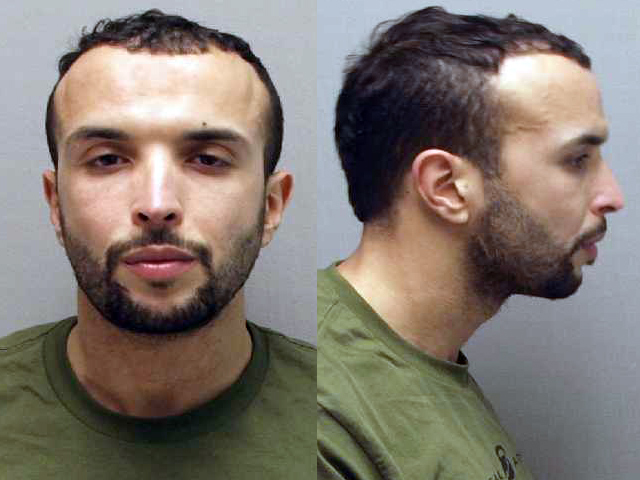 (AP) McLEAN, Va. - An FBI sting operation promised "martyrdom payments" of up to $1,000 a month to a Moroccan immigrant who eventually volunteered to kill himself in a plot to bomb the U.S. Capitol, according to court papers.

Amine El-Khalifi, 29, who was living in Alexandria as an illegal immigrant until the time of his arrest in February, will be sentenced Friday in federal court in Alexandria. He pleaded guilty in June.

In court papers, El-Khalifi's lawyers said their client received more than $5,700 in living expenses from undercover FBI agents during the six-month investigation. He was also promised that his parents would receive what the lawyers describe as "martyrdom payments" of up to $1,000 a month after he completed the attack.

"Mr. El-Khalifi believed that one of his most important obligations was to care for his mother and father. Failing to do so would, again, meet with God's disapproval. Without the promise of the `martyrdom payments' to his parents, Mr. El-Khalifi would have had great difficulty completing the mission as he would have been shirking his responsibility to ensure their well-being," federal public defender Kenneth Troccoli wrote in court papers.

The martyrdom payments were to have gone to El-Khalifi's parents in Morocco. The family was in financial straits after his father was forced to close down a bazaar in Casablanca that had been a primary source of income. There was apparently some confusion about the payments, but El-Khalifi understood that each of his parents would be given $500 a month for an indefinite period of time after the suicide bombing occurred.

El-Khalifi's plea deal requires a sentence of between 25 and 30 years be imposed. The defense is seeking 25; prosecutors are asking for 30.

In its documents, the government emphasizes that El-Khalifi was a willing participant in the plot, and that El-Khalifi himself came up with the idea to attack the Capitol.

"Had the defendant not found (the undercover agents) in the fall of 2011, there is every reason to believe that he would have taken any opportunity he encountered in the future to commit mass murder," prosecutors Michael Ben'Ary and Gordon Kromberg wrote.

The defense traces el-Khalifi's change from a young adult on the D.C. club scene toward radical Islam. They say El-Khalifi's religious schooling was largely self-taught. After several years of working retail in D.C.'s Georgetown neighborhood and producing club music, he began taking drugs and in 2007 was convicted of misdemeanor assault and received a five-day jail sentence. The incident prompted El-Khalifi to re-examine his life, and his mother urged him to embrace the Quran. He embarked on what the defense says was a largely self-taught indoctrination into more extreme interpretations of the religion.

The sting operation served only to reinforce those views, Troccoli said. The undercover agents, who said they were part of al Qaeda, appeared to hold like-minded views. They urged El-Khalifi not to discuss the plot, further isolating him.

The agents, who went by the names Hussien and Yusuf, "assured him they would be with Mr. El-Khalifi every step of the way, even promising to detonate the bomb if Mr. El-Khalifi were prevented from doing so. He was made to feel part of an insular group on a mission, with a purpose," Troccoli wrote.

The defense lawyers emphasized that they do not believe the FBI actions constitute entrapment, and do not excuse El-Khalifi's conduct.

However, defense attorneys urged the judge to consider how El-Khalifi may have acted differently if, instead of being told to keep the plot secret, he was encouraged to "validate his beliefs with outsiders, for example an Imam at his mosque or a family member," the defense wrote.

The defense memo states that "Mr. El-Khalifi bears no ill-will against the American people. He is relieved that his attempted crime was foiled and that no one was actually injured."

The El-Khalifi case is one of many in the past few years in which the FBI has run sting operations targeting "homegrown terrorists." El-Khalifi's case stands out in part because he chose such a high-profile target and because he planned to kill himself in carrying out the operation. Before he was arrested, El-Khalifi had already traveled to a Capitol parking garage wearing what he thought was an explosive-laden suicide vest. The vest, provided by the undercover agents, was actually inert. A gun he planned to use to shoot his way past security was also inoperable.

It is not clear whether the FBI has promised martyrdom payments in any of the other cases. An FBI spokesman declined to comment Monday.