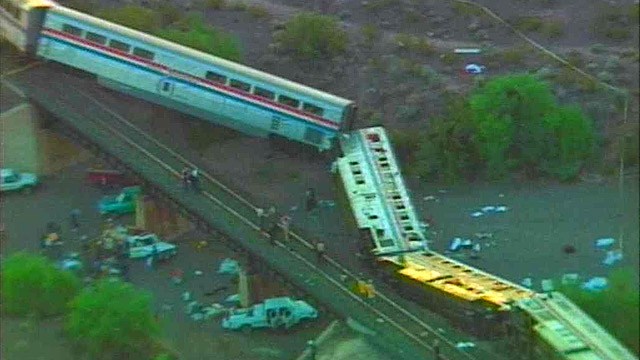 PHOENIX -- The FBI is set to announce a $310,000 reward for information leading to an arrest for the sabotage of an Amtrak train that derailed nearly 20 years ago.

The Sunset Limited passenger train plunged into a dry gulch killing a crewman and injuring 78 people about 70 miles outside Phoenix in the twilight hours of October 9, 1995, while heading from Miami to Los Angeles.

The train had 258 passengers on board, CBS affiliate KPHO reported.

The train's saboteurs pulled more than two dozen rail spikes, pried the tracks apart and ran a wire across the gap to bypass the electronic warning system. They left behind notes signed "Sons of the Gestapo," that investigators think might have been a ruse to mislead them.

Representatives from the FBI, Amtrak and the Maricopa County Attorney's Office announced the reward Friday.