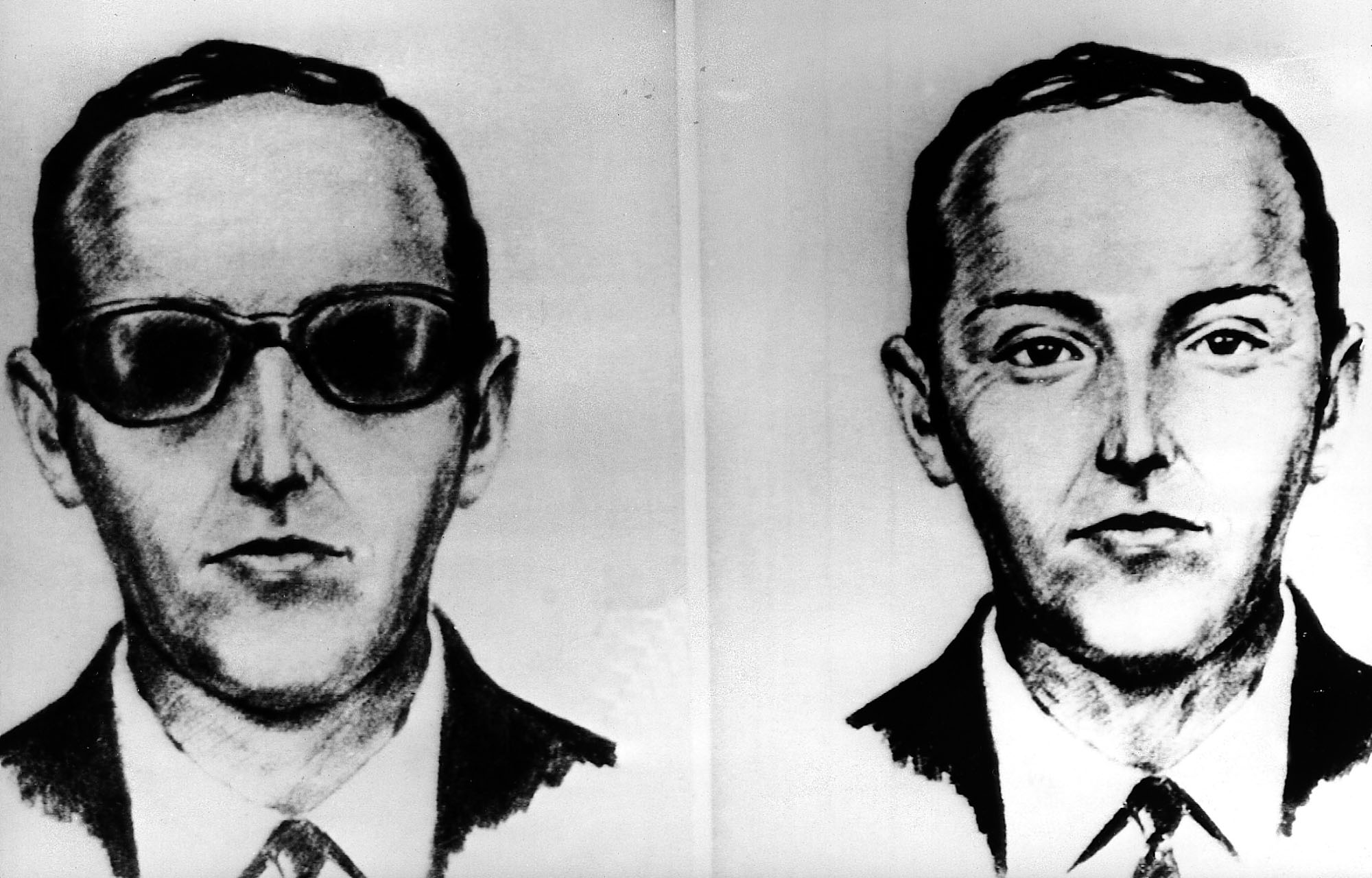 SEATTLE -- The FBI said Tuesday it is no longer investigating the enduring mystery of the skyjacker known as D.B. Cooper, nearly 45 years after he vanished out the back of a Boeing 727 into a freezing Northwest rain wearing a business suit, a parachute and a pack with $200,000 in cash.

Calling the investigation one of the longest and most exhaustive in the agency's history, the FBI Seattle field office said in an email it was time to focus on other cases. The agency said it will preserve evidence from the case at its Washington, D.C., headquarters, but it doesn't want further tips unless people find parachutes or Cooper's money.

"The mystery surrounding the hijacking of a Northwest Orient Airlines flight in November 1971 by a still-unknown individual resulted in significant international attention and a decades-long manhunt," the FBI said. "Although the FBI appreciated the immense number of tips provided by members of the public, none to date have resulted in a definitive identification of the hijacker."

On Nov. 24, 1971, the night before Thanksgiving, a man described as being in his mid-40s with dark sunglasses and an olive complexion boarded a flight from Portland, Oregon, to Seattle-Tacoma International Airport. He bought his $20 ticket under the name "Dan Cooper," but an early wire-service report misidentified him as "D.B. Cooper," and the name stuck.

Sitting in the rear of the plane, he handed a note to a flight attendant after takeoff. "Miss, I have a bomb and would like you to sit by me," it said.

The man demanded $200,000 in cash plus four parachutes. He received them at Sea-Tac, where he released the 36 passengers and two of the flight attendants. The plane took off again at his direction, heading slowly to Reno, Nevada, at the low height of 10,000 feet. Somewhere, apparently over southwestern Washington, Cooper lowered the aircraft's rear stairs and jumped.

He was never found, but a boy digging on a Columbia River beach in 1980 discovered three bundles of weathered $20 bills -- nearly $6,000 in all. It was Cooper's cash, according to the serial numbers.

Over the years, the FBI and amateur sleuths have examined innumerable theories about Cooper's identity and fate, from accounts of unexplained wealth to purported discoveries of his parachute to potential matches of the agency's composite sketch of the suspect.

The 40th anniversary of the case in 2011 brought a wave of attention. An Oklahoma woman told the FBI about a late uncle who showed up to Thanksgiving dinner in Oregon that year with serious injuries. A team that included a paleontologist from Seattle's Burke Museum announced that particles of pure titanium found in the hijacker's clip-on tie suggest he worked in the chemical industry or at a company that manufactured titanium.

A book that year, "Skyjack: The Hunt for D.B. Cooper," by Geoffrey Gray, posited several theories, including that Cooper might have been a transgender mechanic from Washington state.

The most promising leads in recent years have come from amateurs, Gray said -- including a notion put forth by a scientific illustrator at the University of Chicago that Cooper might have taken his persona from a French comic called "Dan Cooper," a series about a test pilot in the Royal Canadian Air Force.

In one issue from 1963, the character boards an airliner wearing a dark suit and a mask over his eyes and sits in the back of the plane. He demands to be given a briefcase that's in the cockpit, and then, wearing a military parachute, he jumps out -- over a wooded area, at night, in the rain.

The comic was never translated into English, raising questions about whether the hijacker might have been a francophone.

"The fascination with Cooper has survived not because of the FBI investigation, but because he was able to do something that not only captured the public imagination, but also maintained a sense of mystery in the world," Gray said.