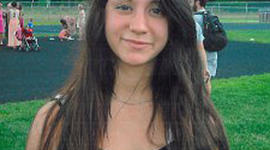 CONWAY, N.H. - Law enforcement officials say a missing New Hampshire teenager who vanished two months ago on her way home from high school was in contact with her mother after she disappeared.

CBS Boston reports Abigail Hernandez, 15, is believed to be alive but is still considered missing.

Officials plan to release new information at a press conference on Friday morning.

The FBI has said that tips continue to come into its tips line, 1-800-CALL-FBI.