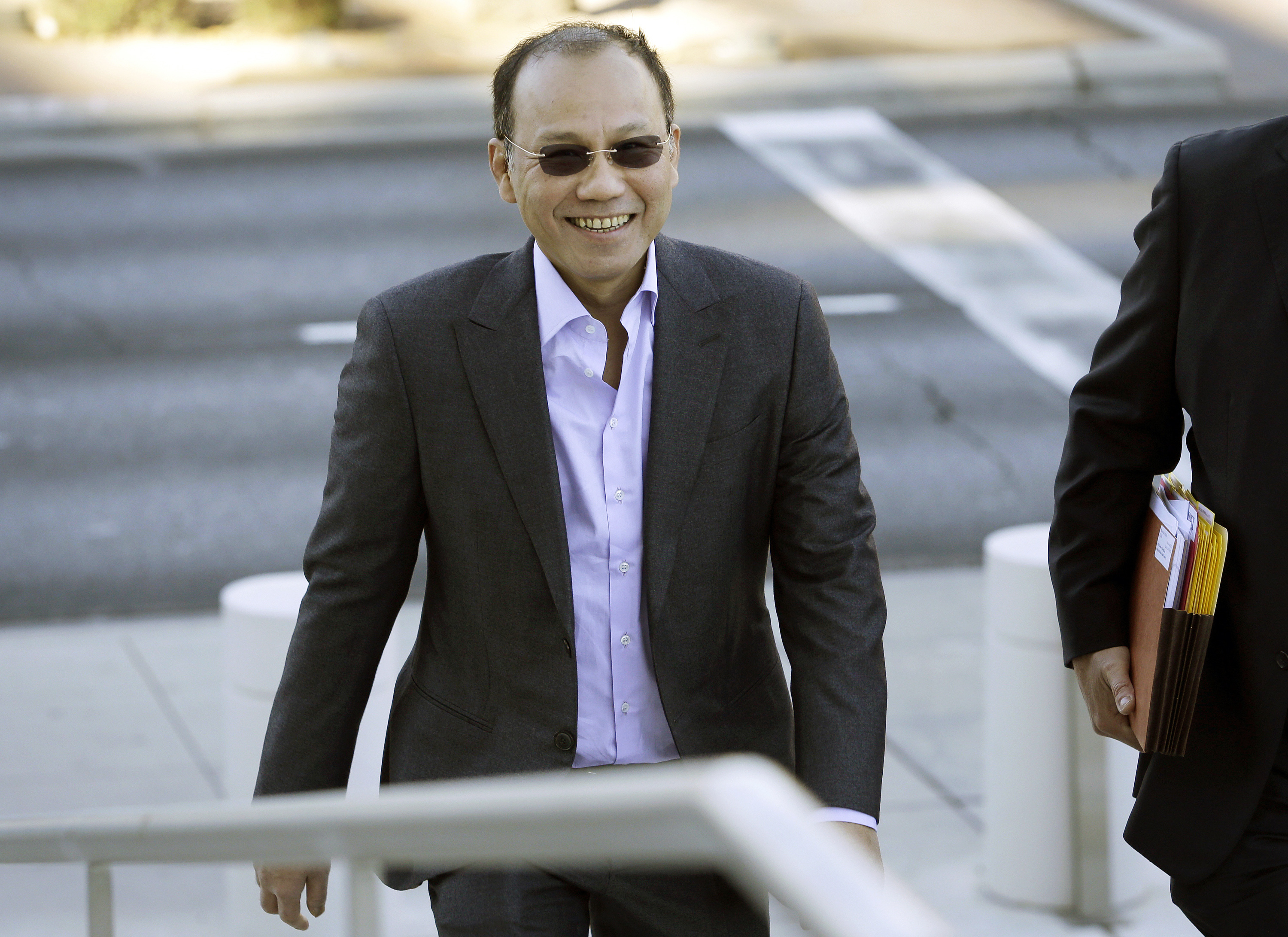 LAS VEGAS -- A federal judge has thrown out evidence collected by FBI agents who posed as Internet repairmen to get into Las Vegas Strip hotel rooms last summer during an investigation into illegal bookmaking, and is giving prosecutors until Friday to decide whether to drop criminal charges altogether.

"There's no more evidence from anywhere," said Chesnoff, who has alleged investigative and prosecutorial misconduct and cast the case as a fight for people in their homes to be free from prying eyes of the government.

The judge's decision to suppress as "fruit of a poisoned tree" all evidence collected from three Caesars Palace high-roller suites occupied by Phua and several other people "sends a clear message that illegal searches will not be tolerated," Chesnoff said.

It wasn't immediately clear if the case could survive the crippling ruling.

Prosecutors this month added a conspiracy count to two previous charges - operating an illegal gambling business and transmission of wagering information - initially filed after Phua and seven other people were arrested last July at Caesars Palace.

Prosecutors allege that Phua, 51, is a top member of an Asian organized crime syndicate who flew to Las Vegas on his private jet last June, days after having been arrested and charged with operating an illegal sports-betting business in the Asian gambling hub of Macau.

Chesnoff, Goldstein and defense attorney Richard Schonfeld dispute allegations that their client had criminal ties. They say he's a respected hotel and mining businessman in Malaysia.

The government alleges that while in Las Vegas, Phua headed an international Internet gambling ring that converted several Caesars Palace hotel suites to betting boiler rooms crammed with computers, Internet routers and cellphones. They allege the operation handled about $13 million in illegal bets during the FIFA World Cup.

The conspiracy charge upped the ante. If Phua is convicted of all counts, he could face nearly 20 years in prison and hundreds of thousands of dollars in fines. Trial is currently scheduled to begin next week.

Instead of dismissing charges, prosecutors could point to crimes committed by Phua's son and six other defendants who pleaded guilty to lesser charges in plea deals that had them forfeit hundreds of thousands of dollars in equipment and fines, and got them banned from returning to the U.S. for five years. The case against one defendant was dismissed. All seven returned home to Asia.

Phua remains in Las Vegas under house arrest after posting $2 million cash bond and surrendering a $50 million aircraft as collateral.

The case has been wobbling toward collapse since U.S. Magistrate Judge Peggy Leen heard testimony in December and concluded in February that the acts of FBI and Nevada gambling regulatory agents amounted to an unconstitutional warrantless search of private property.

A video from the FBI sting was obtained by "CBS This Morning," shows federal agents posing as Internet repairmen.

Agents testified they had a Caesars Palace contractor intentionally disable Internet service to three plush suites, then posed as repair technicians to gain entry and collect enough evidence to get a magistrate judge find probable cause to approve search warrants.

Leen recommended that Gordon suppress evidence collected from a suite occupied by Phua and his son.

Chesnoff said Gordon went further, prohibiting the government from using any evidence gathered from any of the three suites.

Goldstein noted that evidence that the agents employed the ruse came to light by mistake.

"They avoided creating any documents that said they did it on purpose," Goldstein said. "It was just dumb luck that they happened to make a mistake on the video they turned over to the defense. I think they forgot they were being recorded."