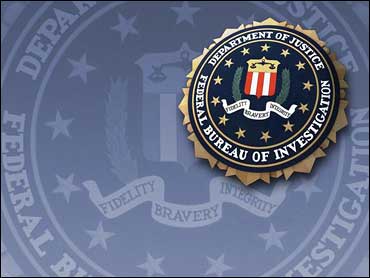 More than six years after the FBI crime laboratory was rocked by controversy, the Justice Department has identified about 3,000 criminal cases that could have been affected by flawed science and skewed testimony.

It is letting prosecutors decide whether to tell defendants about the problems.

Government officials told The Associated Press they are aware of between 100 and 150 cases in which prosecutors have alerted defendants of problems they concluded were material to verdicts. None has resulted in overturned convictions, they said.

One of those cases already has reached the Florida Supreme Court, which ruled earlier this month that convicted murderer George Trepal was not entitled to a new trial despite evidence the FBI's chief toxicology chemist gave inaccurate testimony.

The identification of cases and prosecutorial reviews are the final stages of a scandal that shook the FBI during the mid-1990s when a senior chemist at the famed crime lab went public with allegations of shoddy work, tainted evidence and skewed testimony.

A Justice Department internal investigation concluded in 1997 that 13 lab technicians made scientific errors in cases or slanted testimony to help prosecutors. Several were reprimanded, but none was fired or prosecuted.

FBI and Justice officials say they continue to review cases handled by those technicians to determine if there are problems that could have affected verdicts. But they say the lab today is much different after a series of changes designed to ensure scientific and forensic analyses are subjected to checks and balances.

"I had confidence in the results of FBI laboratory exams even prior to 1998, but today my confidence level is even higher after the quality review process we have implemented," FBI lab director Dwight Adams said in a recent interview.

Those changes, Adams said, include a requirement that all lab examiners' work be reviewed first by another technician with the same expertise, then by a supervisor. In addition, the lab has earned and maintained accreditation from the scientific community every year since 1998, and it just moved into a new 500,000-square-foot, state-of-the-art complex.

Despite the changes, some criminal defense lawyers are concerned by the Justice Department's decision to let federal, state and local prosecutors decide whether to notify defendants of problems.

"That's like asking the fox to guard the hen house," said former federal prosecutor Neal Sonnett. He is past president of the National Association of Criminal Defense Lawyers and past chairman of the American Bar Association's criminal justice section.

"If there is a possibility that evidence has been tainted, then the Department of Justice or prosecutors should not be the arbiter of whether it's material," Sonnett said.

"The Department of Justice ought to err on the side of caution. It should be the defense attorney who makes a decision whether it's worth filing a motion with the court and then a decision made by an impartial arbiter, not an advocate for the other side."

Bruce Yannett, a former federal prosecutor, said the government's approach in the lab matter complies with the Supreme Court's landmark ruling in Brady v. Maryland that defendants are entitled to know every piece of material information affecting their case.

"This is consistent with the way these sort of Brady disclosures are typically handled," Yannett said. "Prosecutors make the decision whether evidence is material and should be provided to the defense."

But a failure to fully disclose can come back to haunt prosecutors. Two years ago, the execution of convicted Oklahoma City bomber Timothy McVeigh was postponed when thousands of case documents were discovered that had never been handed over to his lawyers.

Some related to alternative theories of the crime, including the possibility of a larger conspiracy. Even after McVeigh was put to death, more information has emerged.

The head of a group that represents government whistle-blowers urged the Justice Department to divulge the problems to all affected defendants, regardless of the technical requirements of the Brady ruling.

"In this process, if you are going to do it honestly, you have to make it transparent and provide it to everyone," said Kris Kolesnik, executive director of the National Whistleblower Center. As a Senate investigator, he was instrumental in uncovering some of the lab's problems.

The FBI lab's woes came to light in the mid-1990s after FBI chemist Frederic Whitehurst went public with allegations of wrongdoing and shoddy work at the lab.

The Justice Department subsequently created a task force of lawyers to review all work handled by those lab analysts and identified about 3,000 cases that could have been affected by shoddy work. About one-third are federal cases; the rest are state and local, officials said.

Adams, the current lab director, said the large number of cases isn't necessarily alarming for a facility with 650 employees that helps investigate more than 1,000 criminal cases a year.

"The numbers were that large because of the large number of cases we work on in this laboratory," he said.