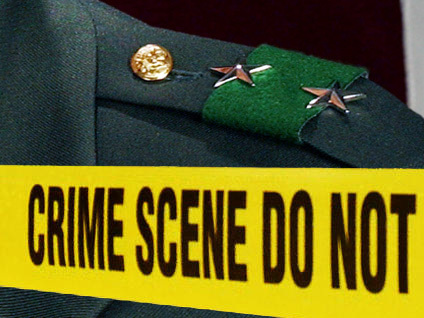 AKRON, Ohio - Federal authorities allege a West Virginia man who applied for a job with an Ohio company pretended to be a major general with the U.S. Army and listed the Army chief of staff as a reference on his resume.

Court records show he was arrested Thursday and has a detention hearing Tuesday.

An FBI agent alleges in an affidavit that Keyser sought a six-figure job with an Ohio construction company in March.

It says he told company officials he had supervised construction projects and answered directly to the U.S. secretary of defense but was planning to retire from the military.

The president of Tri-C Construction, Randy Clarahan, told Phil Trexler of the Akron Beacon Journal that Keyser appeared for a meeting in uniform.

The FBI said, according to Keyser's resume, the job applicant boasted of leading U.S. Army efforts in the Gulf War and Afghanistan.

He was hired six times as a police chief.

In most cases Keyser's identity was soon uncovered.